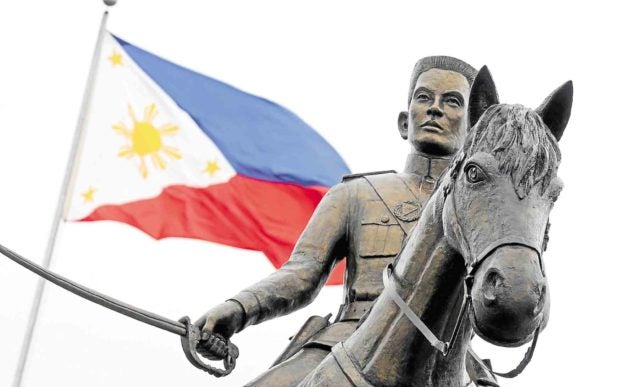 The Republic of Negros was proclaimed in Bago City (then a town) in Negros Occidental province by the Negrense revolutionary movement led by generals Aniceto Lacson and Juan Araneta, after they overthrew Spanish rule. Two days later, the revolutionary forces promulgated a constitution and declared Lacson as president and Araneta as secretary of war. The revolutionary government reunited the provinces until the Americans arrived in 1899.

Filipino revolutionaries, led by Emilio Aguinaldo, won in battle against Spanish forces in Kawit (formerly Cavite el Viejo), Cavite province. Known as the Battle of Binakayan, it is considered the first significant victory against Spanish colonizers during the Philippine Revolution. Among those who fought for freedom were Candido Tria Tirona, Pio del Pilar, Vito Belarmino, Crispulo Aguinaldo, Baldomero Aguinaldo and Pantaleon Garcia. A monument was built in Kawit to commemorate the event.