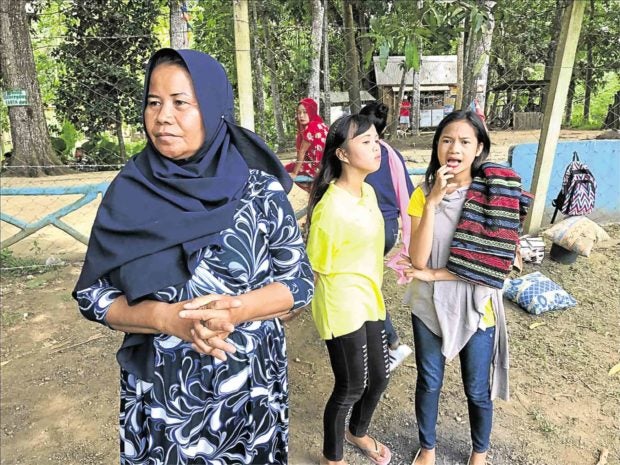 It seems I will never find them anymore. Fatima Lumabao

ILIGAN CITY—When the last group of hostages held by pro-Islamic State gunmen were freed last month after the battle to retake Marawi ended, Fatima Lumabao said she lost any glimmer of hope that she would be reunited with her four children.

Lumabao, 48, said that for more than five months, she was hoping she would find Norhuda, 21; Rasida, 20; Parhana, 12; and Mohammad, 10; alive after they went missing at the height of the rampage of militants, led by the Maute and Abu Sayyaf groups, in Marawi on May 23.

“It seems I will never find them anymore,” according to Lumabao, who is staying in an evacuation camp in Barangay Buru-un here along with her four other children.

Her hope was buoyed after learning that even during the last few days of the fighting in October, more than 40 hostages were still waiting to be rescued.

Her children, however, were not among the last hostages plucked out of the war zone when the fighting ended.

Community and Family Services International, an Iligan City-based nongovernment organization, confirmed that a record of freed hostages that it got did not include any of Lumabao’s children.

Lumabao said all she could do now was to pray to Allah to guide her missing children, “wherever they are.”

“I have heard of so many stories of hostages killed by the Maute, or hostages who have died in the aerial bombings. As to what happened to them, only Allah knew,” she added.

The military had earlier reported that the gunmen had executed 47 civilians.

Lumabao was buying supplies for her variety store in Barangay Basak Malutlut in Marawi City on May 23 when the fighting between government soldiers and militants erupted.

Norhuda, who had a cellular phone, managed to contact her and informed her that they were fleeing their home. Lumabao eventually lost contact with her child. 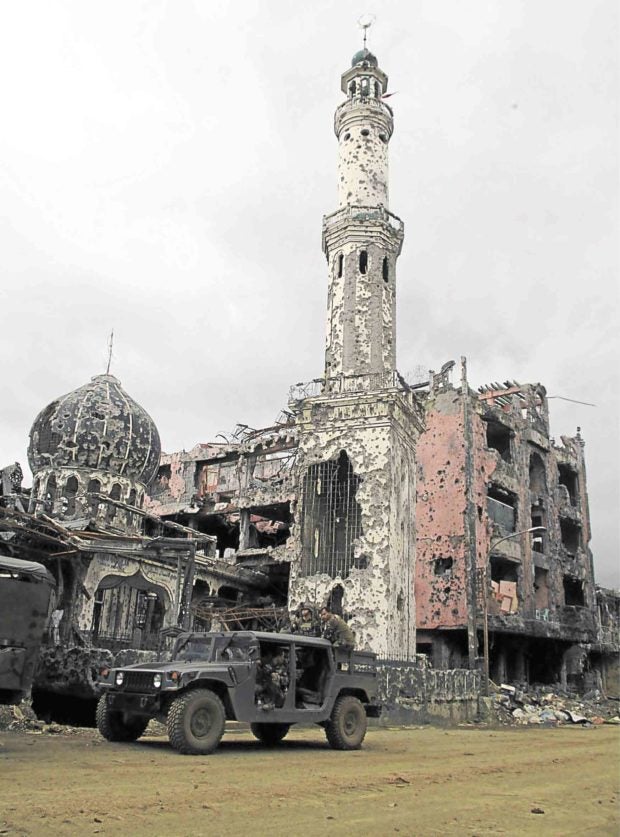 A heavily damaged mosque stands as reminder of the terror that gripped Marawi City. —RICHEL UMEL

“When I was heading back home, the vehicle I was riding in could initially not get through because the fighting started. I was stranded for hours before we were finally allowed to pass through,” Lumabao said.

The farthest she was able to travel on May 23 was Barangay Bangolo, where he spent the night.

“The following day, I managed to walk to our house. Along the way, I saw corpses. Inside our house, our things were scattered. [My children] were not around,” she said.

Lumabao said she was forced to leave when a Maute gunman told her to flee.

She initially sought refuge at the Lanao del Sur provincial capitol compound in Marawi where she was reunited with her four other children —Rakma, 19; Jamud, 17; Abdul Jamil, 15; and Alejana, 14.

Lumabao said she and other family members were prepared to move on.

“It’s painful but I believe we have to move on. I just hope to find their remains so I could give them a decent burial if indeed they had died in the fighting,” she added.

But Lumabao said returning to Marawi was not part of her plans. “I am not going back there anymore,” she said.

Instead, she hoped the government would be able to help her start a new life in Iligan.

“I’m planning to seek help from the government that we would be allowed to remain and start a livelihood here. We will find a new life here,” Lumabao said. —RICHEL UMEL