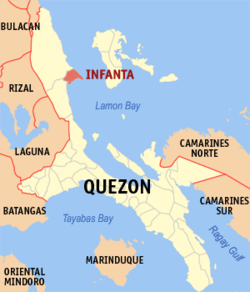 Report from Quezon police headquarters said the government forces recovered 49 pieces of “malaruhat” and “malabayabas” lumber with an estimated volume of 720 board feet (1.699 cubic meters) that were abandoned by illegal loggers inside an L300 Mitsubishi van along Agos river in Barangay (village) Catambungan around 7 p.m.

The vehicle and seized lumbers were placed under the custody of DENR office in nearby Real town for proper disposition.

According to Save Sierra Madre Network Alliance, a multisectoral network of groups and individuals working for the conservation and protection of the environment at Sierra Madre, illegal logging has returned in the longest mountain range in the country.

Hot logs and timber flitches were being hauled down from the Sierra Madre via the raging Agos river. The illegal forest products were eventually intercepted down the river by hired workers of illegal logging syndicates.

The Sierra Madre contains the largest remaining tract of old-growth tropical rainforest in the Philippines. It spans Luzon’s northeastern coast from Cagayan province in the north to Quezon province in the south. /jpv