Harry Roque: Duterte is not a human rights violator 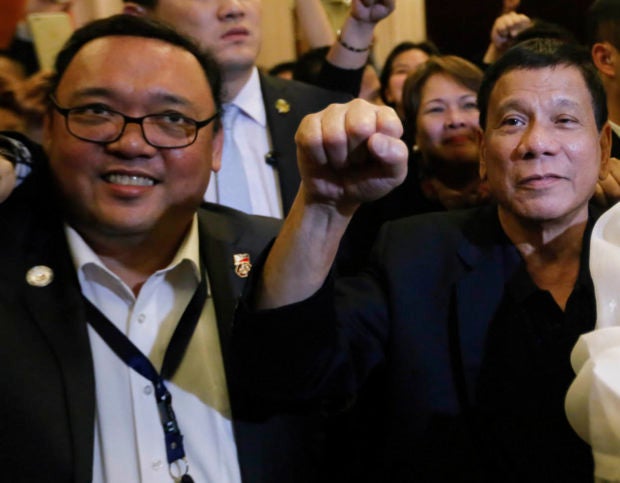 President Rodrigo Duterte is not a human rights violator.

This was Kabayan Party-list Rep and incoming Presidential Spokesperson Harry Roque said of Duterte on Sunday.

In an interview over radio station DWIZ, Roque was asked about how he would reconcile being a human rights lawyer and advocate, and being a spokesperson of a President who is a “perceived human rights violator.”

(Well, I don’t believe that he’s a human rights violator.)

(His policy was clear when Kian was killed. He said, “When the police’s engagement is legal, I’ll answer for them, but when it’s illegal and the suspect doesn’t fight back and yet they get killed, then it’s murder.”)

The party-list representative was referring to the 17-year-old Delos Santos, who was killed in an alleged shootout with Caloocan City cops during a drug operation.

Roque said his colleagues in the human rights movement actually urged him not to accept the position.

(Why wouldn’t I accept it when this is the opportunity to make sure that when obligation of the state in human rights isn’t being supported then it must be accomplished.)

(Secondly, it’s very clear to me that though these killings are happening, these are not the command of the President, and he just needs help in supporting our obligation in investigating, trying in court, and punishing murderers.)

(And this is what I’ve been doing for the longest time, especially to those who kill journalists.)

“To get the message clear, sabi ko (I said), Harry will fit the…kasi medyo malikot ang bunganga namin (because we are both talkative),” Duterte said. /je