Singapore has ‘most powerful’ passport in the world — index 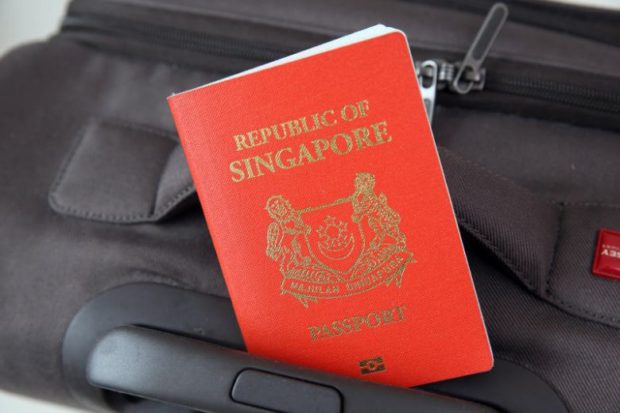 This is the first time an Asian country has the most powerful passport. PHOTO: THE STRAITS TIMES/ASIA NEWS NETWORK

SINGAPORE — With Paraguay removing visa requirements for Singaporeans, the Singapore passport is now the “most powerful” in the world, with a visa-free score of 159.

This marks the first time an Asian country has the most powerful passport, according to the index, which was developed by global advisory firm Arton Capital.

“It is a testament of Singapore’s inclusive diplomatic relations and effective foreign policy,” said managing director of Arton Capital’s Singapore office Philippe May, of the development.

The index ranks national passports by the cross-border access they bring, assigning a “visa-free score” based on the number of countries a passport holder can visit visa-free, or with visa on arrival.

Historically, the top 10 most powerful passports in the world tend to be European, with Germany in the lead for the past two years, according to a press release issued on Wednesday.

Since early 2017, the No. 1 position was shared with Singapore, which was steadily moving up the ranks.

Other Asian passports in the top 20 include those of South Korea, Japan and Malaysia.

The United States passport has fallen in ranking since American president Donald Trump took office, according to the index. Most recently, Turkey and the Central African Republic revoked their visa-free status to US passport holders.

“More and more people every year invest hundreds of thousands of dollars in a second passport to offer better opportunity and security for their families,” he added.

Singapore was also fourth this year in the Visa Restrictions Index, another ranking of travel freedom, which uses a different method of calculating how “powerful” a passport is.

Germany is No. 1 on this year’s Visa Restrictions Index, published by Henley & Partners. It has visa-free access to 176 countries out of a possible 218, according to the index.