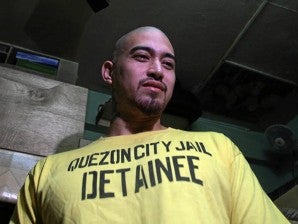 MANILA, Philippines – Lawyers for road-rage-murder suspect Jason Ivler have formally asked a Quezon City judge to inhibit himself from the trial, claiming the judge was partial and biased in his treatment of the accused.

In a motion for inhibition received Thursday by the Quezon City regional trial court, the defense lawyers sought the inhibition of Judge Bayani Vargas, charging that the judge’s refusal to grant Ivler a waiver not to attend hearings unless necessary proved his bias.

The judge’s finding of contempt against Ivler’s mother, Marlene Aguilar-Pollard, for an outburst in court was another proof of bias, the lawyers claimed.

This would make Vargas the second judge to be asked to inhibit himself from the murder trial. The first was Judge Alexander Balut.

Ivler is facing murder charges for the shooting death of Renato Victor Ebarle Jr., son of a former Malacañang Palace official, on the night of Nov. 18, 2009 on Santolan Road in Quezon City.