Ban on open-pit mining to be lifted 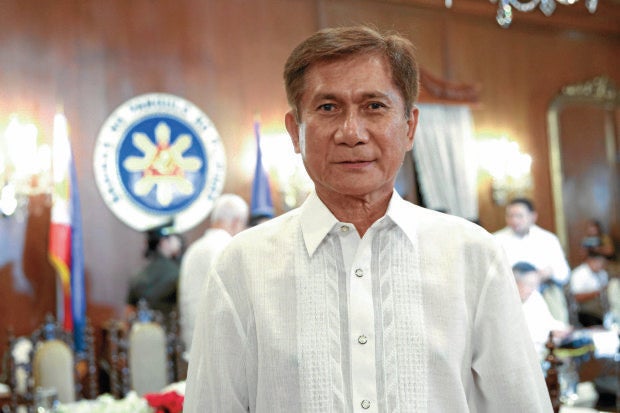 The government will lift before year-end the ban on open-pit mining which was put in place by former Environment Secretary Regina Paz Lopez after the interagency Mining Industry Coordinating Council (MICC) on Tuesday voted to reverse the policy.

“A majority of the MICC members voted to recommend a change in the policy of the Department of Environment and Natural Resources with regard to DAO (DENR Administrative Order) 2017-10, particularly, that the DENR lift the ban on open-pit mining provided that mining laws, rules and regulations are strictly enforced,” Environment Secretary Roy Cimatu told reporters.

Cimatu said the MICC resolution would be presented to the Cabinet during its Nov. 6 meeting, such that the ban would “hopefully” be removed before year-end.

Cimatu added that the DENR will issue a DAO restoring open-pit mining operations.

In April, Lopez issued DAO 2017-10 that imposed a ban on the open-pit method of extracting copper, gold, silver as well as complex ores.

In a statement, the Department of Finance (DOF) said that during the meeting, the MICC also recommended that the DENR’s Mines and Geosciences Bureau must “take a close look and take appropriate action” with regard to the expansion of the 24 mining areas covered by mineral production sharing agreements (MPSAs).

To recall, Lopez in February ordered the closure of 23 mines and the suspension of five others, which the mining industry alleged did not undergo due process.

A week later, Lopez also ordered the cancellation of 75 MPSAs entered into by the government.

The MICC later on undertook a review of the closure and suspension orders, which the DOF said “the MICC expects preliminary results in January next year and the final report by March.”

“The composition of the technical review teams and the methodologies they will undertake to conduct the review were finalized in the second week of October,” the DOF noted.

Also, “as proposed by Dominguez, the MICC agreed to conduct another review in 2019 and succeeding ones every two years thereafter, in keeping with the MICC mandate under Executive Order No. 79 on a review of all mining operations once every two years,” the DOF added.