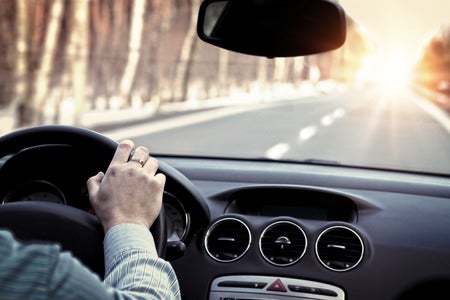 A driver in Montreal, Canada, was fined for making not so sweet music while on the road.

CBC News reported that 38-year-old Taoufik Moulla was stopped by local police when they heard screams inside his car. It turned out that he was trying to reach a high note in singing his favorite song–C+C Music Factory’s “Gonna Make You Sweat (Everybody Dance Now).”

They searched his vehicle while on hold, and out that there was nothing wrong inside. One officer asked him: “Did you scream loudly?” Moulla replied that he was just singing his favorite song. “I repeated, ‘Everybody Dance Now,'” he said.

He was given a ticket and fined C$149 (around P6,100)  for “screaming in public.” This made him “really upset” due to the rather stiff fine.

“I was singing loudly in my car. Is there something that forbids that, or did I really bother anyone?” Moulla told CBC News Montreal. He further reasoned that if officers found that nothing was wrong, they should have just let him go instead of giving him the ticket. He has contested the charge and is awaiting the status of his case.

In a separate interview with CTV News Montreal, Moulla joked that his wife was not surprised with the fine, and that she would have fined him $300 if the violation was singing.  Katrina Hallare /ra