Decay and neglect have eaten up Paskuhan Village in the City of San Fernando in Pampanga, touted since 1990 as the only Christmas-themed village in Asia. —PHOTOS BY TONETTE T. OREJAS

CITY OF SAN FERNANDO—The Paskuhan Village in this Pampanga capital has fallen into extensive decay, a prospect that may worsen for several more years, although Solicitor General Jose Calida has declared it a cultural heritage site.

Opened in December 1990, Paskuhan Village is the only theme park in Asia where Christmas is celebrated year-round.

Its neglect arose from a freeze on its redevelopment, due to a recommendation by the House committee on good government and public accountability to nullify its sale to the Premier Central Inc. (PCI), an SM Prime affiliate, in 2015.

Paskuhan Village is owned by the Tourism Infrastructure and Enterprise Zone Authority (Tieza), but the House committee ruled that “the deed of sale executed by and between Tieza and PCI involving Paskuhan Village may be assailed for being contrary to laws, rules and regulations.”

The legitimacy of its sale should “defer to the final determination of a competent court,” the committee said in a report after wrapping up a congressional inquiry made through a resolution filed by Pampanga Rep. Aurelio Gonzales.

In a report that it submitted to Congress on Oct. 9, the committee said Tieza, then headed by former Pampanga Gov. Mark Lapid as chief operating officer, violated the Tourism Act of 2009 (Republic Act No. 9593) when it sold a cultural heritage asset of the state. 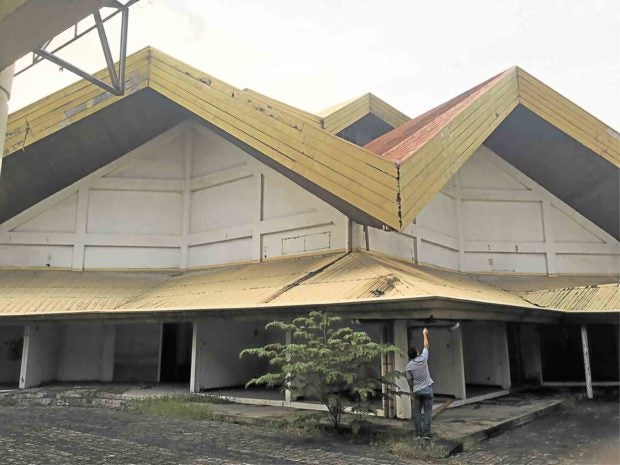 It said that Tieza did not comply with two Commission on Audit (COA) circulars on the disposition of government properties. In 2012, COA advised Tieza to rehabilitate, privatize or hand the deteriorating Paskuhan Village to the local government.

Tieza, it said, could initiate the legal action to void the sale. The provincial government and San Fernando City government could sue to be able to recover the village since Tieza violated their right of first refusal to manage, operate or buy the park.

As of Thursday, Tieza, PCI and the provincial and city governments had not filed any legal action to void or defend the sale.

The Register of Deeds in Pampanga was stopped from transferring the titles of two Paskuhan Village lots to PCI. Certified copies of titles obtained by the Inquirer showed that Tieza has not yet transferred the titles to PCI.

Paskuhan Village stands on land formerly owned by the late Jesus Lazatin, who sold his properties to Tieza’s forerunner, Philippine Tourism Authority, in 1989 so it could showcase crafts, mainly the lantern-making trade that was popularized in San Fernando.

In an opinion dated Sept. 15, Justice Secretary Vitaliano Aguirre II said Paskuhan Village “remains registered to Tieza since the taxes have yet to be paid [because] PCI seeks tax exemptions.”

The current transfer certificate of titles is annotated with notices of adverse claims by San Fernando Mayor Edwin Santiago on March 28, 2017.