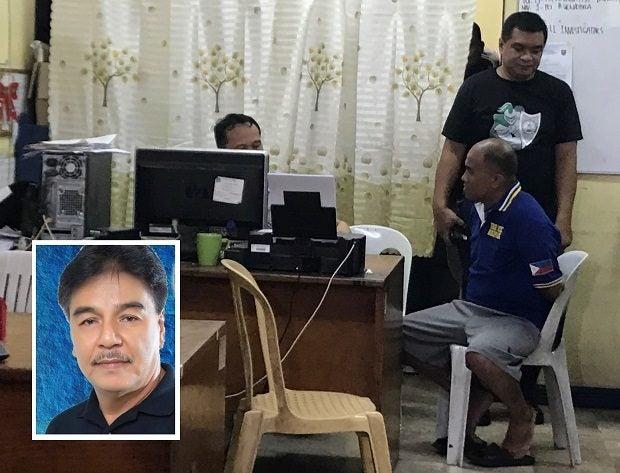 Police arrested a barangay security volunteer Wednesday night for the killing of a village chairman in Mandaluyong City earlier this month.

Eastern Police District director Chief Supt. Romulo Sapitula said Christopher Calumba was arrested by a team led by Senior Insp Virgilio Platoon of the Mandaluyong City Police at about 7:30 pm at the Jollibee fastfood branch on EDSA near the Boni MRT Station in Mandaluyong City.

Tolentino was shot by a lone gunman at about 6 p.m. inside the family-owned 4 Brothers Billiards Hall on Amado T. Reyes Street in Poblacion. The gunman, who wore a black jacket, fled on a motorcycle driven by a cohort as shown by closed circuit television footage.

Tolentino, a chairman for four years, was rushed to the hospital but was declared dead on arrival for gunshot wounds in the head.

A manhunt for the driver of the getaway motorcycle and the mastermind is ongoing, police said. /cbb