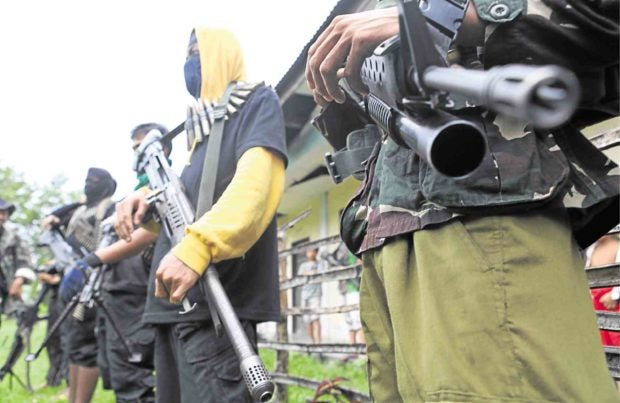 Members of the Bangsamoro Islamic Freedom Fighters who had sworn allegiance to Islamic State of Iraq and Syria (ISIS) are shown in their camp in Datu Salibo, Maguindanao. INQUIRER MINDANAO / JEOFFREY MAITEM

According to the official, Abdullah, known as “Rok,” was a bomb expert and believed to be a student of Malaysian bomb expert Zulkifli bin Hir.

Military and police intelligence operatives suspect Abdullah of being part of a BIFF hit squad that targets off duty soldiers along Maguindanao highways.

Tello said the 5 p.m. joint operation led to the recovery of a fragmentation grenade, illegal drugs and bomb making components from Abdullah’s house.

Abdullah has been turned over to the Criminal Investigation and Detection Group for the filing of charges. /cbb