For two small-time driver-operators, the fight against the government’s jeepney modernization program goes beyond the streets and into the comforts of their homes and families.

Samson Batulan recalled how his grade two child cried the night before he attended the Monday’s protest action of jeepney drivers and operators in Aurora, Cubao Quezon City.

(My kid was crying when I told him last night that the jeeps will be phased out and told me, what will happen now? I won’t be able to ask for 5 pesos when we don’t have a jeep anymore.)

The measly P5 his child usually asks from him is just the tip of the iceberg in the problem that they would face should the Department of Transportation’s jeepney modernization program ensue.

For Nelvin James, his jeepney was his family’s only source of livelihood.

(It’s our only source for paying the tuition, daily expenses, and food.) 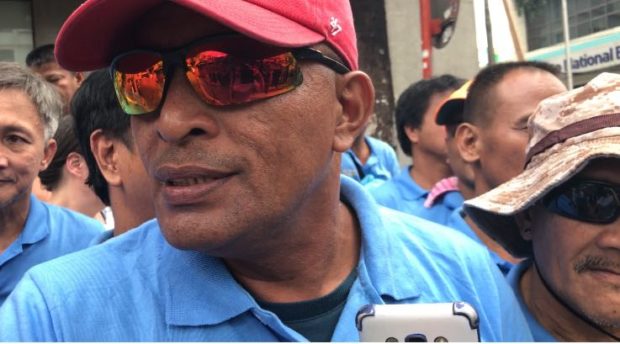 (We don’t want our jeeps to be phased out, we will lose our livelihood. We are fighting for the junking of the modernization.)

Both Batulan and James said that they have not even finished paying their debts upon acquiring their jeepneys.

(The jeeps are still being paid off. We haven’t paid off our debts and now they want to change the jeepneys. I’m already balding and I still haven’t paid it off.)

James said they cannot pay for the millions worth of new and modernized jeepneys.

(They’ll get rid of the jeep and have new designs. Our jeeps will be phased out. The new ones will cost P1.6 million. Where will we get that amount of money? We can’t afford that with our income of P800 a day. What if we fall sick, we can’t have someone else do it.)

The two, along with the over 600,000 public utility jeepney (PUJ) drivers and 300,000 small operators, demanded that the government rethink their plan to include their pleas. 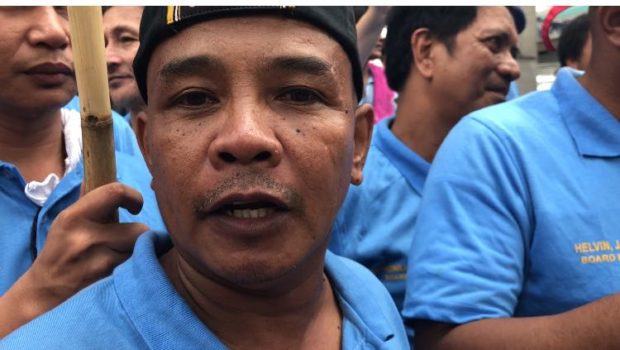 Samson Batulan, a small-time jeepney driver-operator who is against the government’s move to modernize the PUVs, saying that the phase-out of their jeeps will gravely affect their lives. CATHY MIRANDA/INQUIRER.net

Batulan said they are willing to rehabilitate their jeepney units to assure the safety of passengers.