(Updated 3:57 p.m., Oct. 11) President Rodrigo Duterte ordered the Philippine Drug Enforcement Agency (PDEA) to be the sole agency to conduct the anti-drug operations of the government.

This was contained in a memorandum signed by Duterte on October 10, addressed to various government agencies. 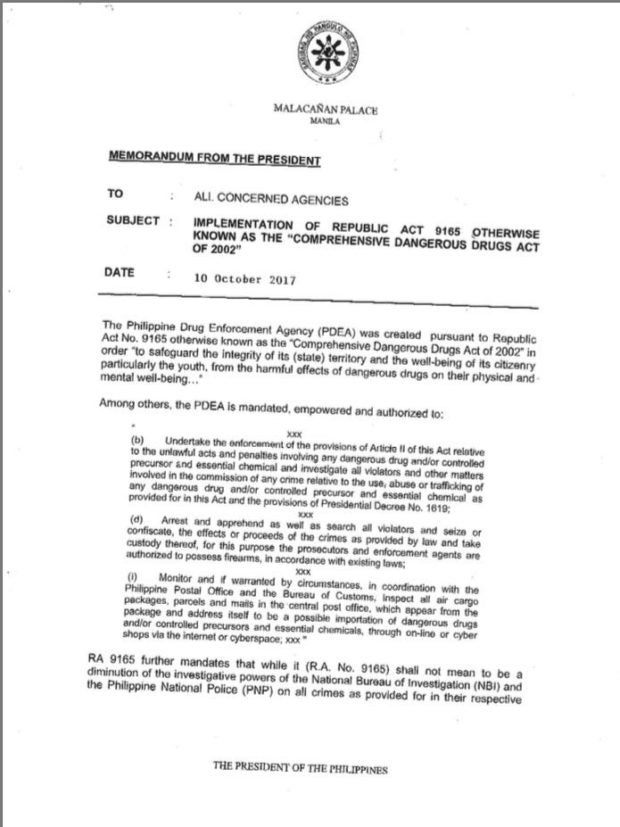 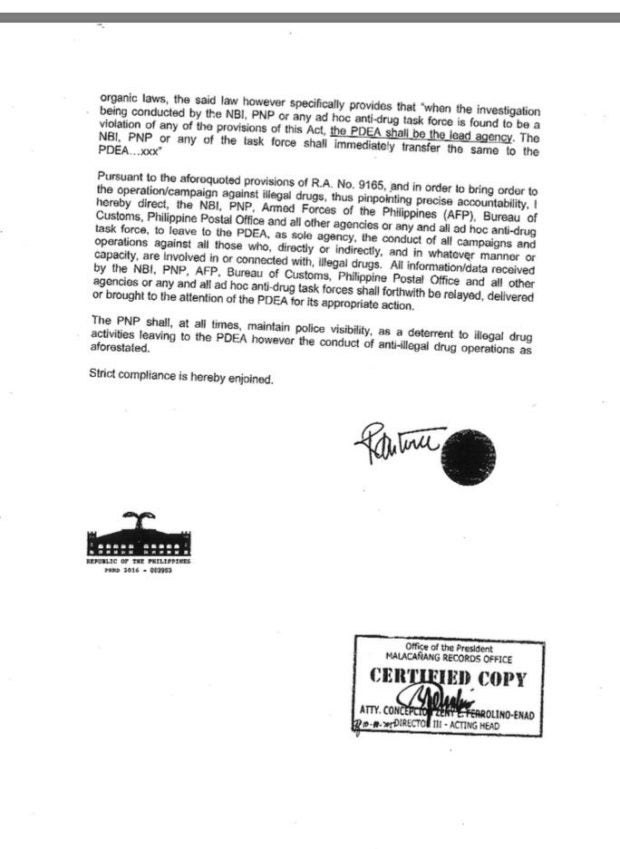 The President said law enforcement agencies, including the Philippine National Police, National Bureau of Investigation (NBI), Bureau of Customs (BOC), as well as all ad-hoc task forces, will let PDEA to operate “as sole agency” in conducting the anti-illegal drugs operations.

“The PNP, shall at all times maintain police visibility, as a deterrent to illegal drug activities leaving to the PDEA however, the conduct of anti-illegal drug operations,” Duterte said.

“All information/data received by the NBI, PNP, AFP, Bureau of Customs, Philippines Postal Office, and all other agencies or any and all ad hoc anti-drug task forces shal forewith be relayed, delivered or brought to the attention of the PDEA for its appropriate action,” he added.

Duterte said the move was made for “pinpointing precise accountability.”

The PNP has received heavy criticisms after the death of three teenagers in the administration’s brutal war on drugs. /jpv