Most US police killings not counted — research 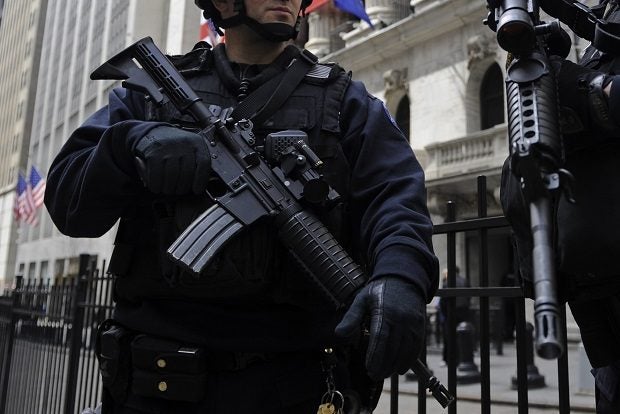 MIAMI, United States — More than 1,100 people were killed by police in the United States in 2015, but less than half of these deaths were correctly documented by government officials, researchers said Tuesday.

The study in the journal PLOS Medicine is the first to measure undercounting of police-related deaths in nationwide death certificate data.

“To effectively address the problem of law enforcement-related deaths, the public needs better data about who is being killed, where, and under what circumstances,” said lead author Justin Feldman, doctoral student at Harvard University T.H. Chan School of Public Health.

“But we also found that a different approach — compiling data from media reports — can help solve this problem.”

Researchers found there is “no system that reliably tracks all law enforcement-related deaths in the United States,” said the report.

The only official database, from the US Centers for Disease Control’s National Vital Statistics System (NVSS), is based on state death certificate data and counted just 44.9 percent police-related killings in 2015.

The study found the total number of people killed by police in 2015 totaled 1,166.

A tally maintained by the Guardian newspaper in London was far more accurate, counting more than 93.1 percent of the deaths.

Researchers found 44 deaths that appeared to have been missed by both sources.

“Law enforcement-related deaths were vastly undercounted in a key national database in 2015 because they were misreported on death certificates,” said the report.

The failures were most apparent in lower-income areas, among blacks and people under age 18, and when deaths involved not guns but Tasers — which killed 46 people that year — said the report.

“For instance, nearly all of the 17 police-related deaths in Oregon were counted, but none of the 36 such deaths in Oklahoma were,” it said.

Most of the time, police-related deaths were not counted because the coroner or medical examiner failed to mention police involvement on the death certificate.

The Guardian’s more accurate dataset, called “The Counted,” is based on news reports and crowdsourced information.

“As with any public health outcome or exposure, the only way to understand the magnitude of the problem, and whether it is getting better or worse, requires that data be uniformly, validly and reliably obtained throughout the US,” said senior author Nancy Krieger, professor of social epidemiology at Harvard.

“Our results show our country is falling short of accurately monitoring deaths due to law enforcement, and work is needed to remedy this problem.” /cbb