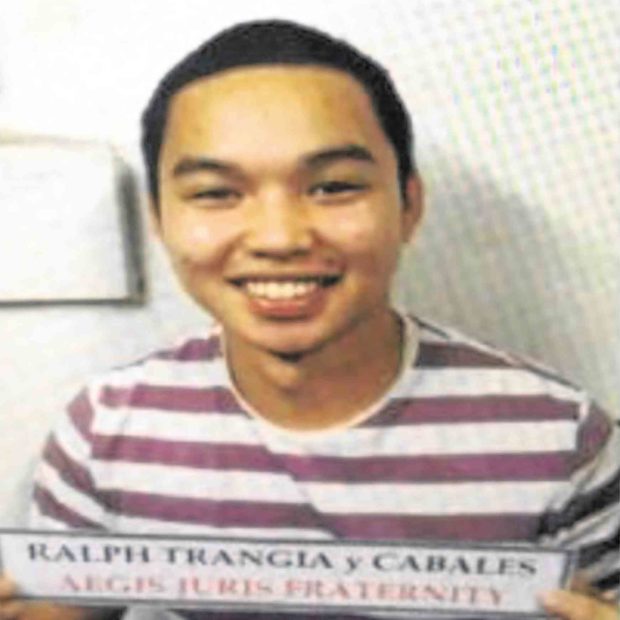 Ralph Trangia, one of the suspects in the fatal hazing of University of Santo Tomas (UST) law student Horacio Castillo III, has opted to return voluntarily to the Philippines.

“We were informed that the US authorities are preparing to deport him. So, I believe that he opted to return voluntarily rather than be deported,” Justice Secretary Vitaliano Aguirre II said in a text message on Monday.

According to Taiwan immigration authorities, Trangia was already aboard Eva Air Flight BR055, flying from the US to Taipei.

Maria Antonette Mangrobang, spokesperson of the Philippine Bureau of Immigration, said immigration officials in Taipei would make sure that Trangia would be on board Eva Air Flight BR271 to Manila. His estimated time of arrival is 11:20 a.m. on Tuesday.

“Coordination is now being made with PNP [Philippine National Police] and the NBI [National Bureau of Immigration],” Mangrobang said in a text message to reporters.

Aguirre said that Trangia could be invited for questioning because there was still no warrant for his arrest.

“The NBI or MPD [Manila Police District] will be waiting for him and perhaps they will be asking for time within which to investigate and interview him,” Aguirre said.

Ralph is being accompanied by his mother, Rosemarie, Aguirre said. /atm