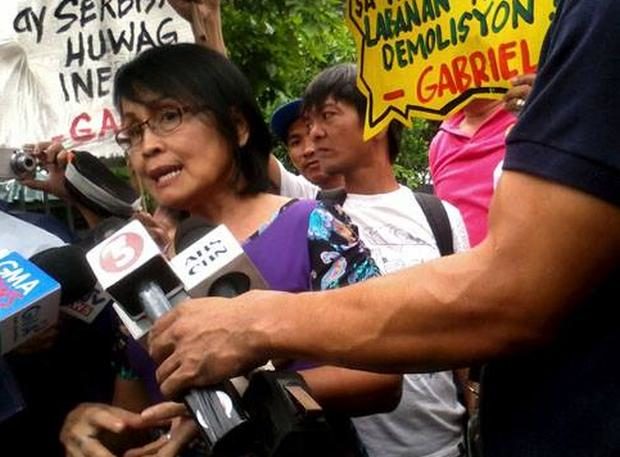 It seems people are starting to realize change won’t be coming after all, contrary to the promise of President Rodrigo Duterte. That’s why his net satisfaction rating dropped from “very good” to “good” in a third quarter survey conducted by the Social Weather Stations (SWS).

That at least was the reaction of Gabriela Women’s Party Rep. Emmi de Jesus, a former Duterte ally, blaming the dip in the President’s ratings on what she called “palpak moves.”

Among these wrong moves, she cited the thousands of extrajudicial killings hounding the administration’s campaign against illegal drugs, the declaration of martial law in Mindanao due to the five-month long Marawi City conflict, and the unresolved issue of P6.4-billion worth of shabu (crystal meth) smuggled in through the Bureau of Customs last May.

“People are now seeing how those moves, ‘nega’ ang impact sa majority [the impact is negative on the majority,” De Jesus sad.

“Coupled with soaring prices of practically all commodities, dami na natauhan na [more people are realizing] change is not coming,” De Jesus said. “In fact, PRRD’s more than a year government made lives of the majority/poor worse than before.”

De Jesus, a member of the Makabayan party-list bloc, broke away from administration-controlled supermajority bloc of the House of Representatives last September.

[This will plummet even more because of his attempts to repress investigations into the alleged hidden wealth that he and his family has, because of the unabated extrajudicial killings, and because of the anti-poor policies, especially his tax reform.]

In a statement, Bagong Henerasyon Rep. Bernadette Herrera-Dy said the developments of recent weeks had “not been been generally favorable to President Duterte.”

She said, however, that public opinion would be “quite a malleable, clay dough-like easily shaped by twists and turns in current events.”

“A few or several remedial measures here and there on the crime and peace and order front can result in recovery of those lost points,” Herrera-Dy said. “The end of the battle for Marawi is on the horizon. More Duterte points there.”

Caloocan City Rep. Edgar Erice, a member of the so-called Magnificent Seven opposition bloc said: “This should be taken by the president as a wake up call. It’s time that he should also listen to his critics, especially on the issue of war on drugs.”

“It already a cause of embarrassment not only here but all over the world,” Erice added. “The war on drugs is a losing proposition it is doomed to fail as similar template had been tried by many many countries and the results were the same: failure, police brutality and impunity and the collateral damage of innocent civilians.”