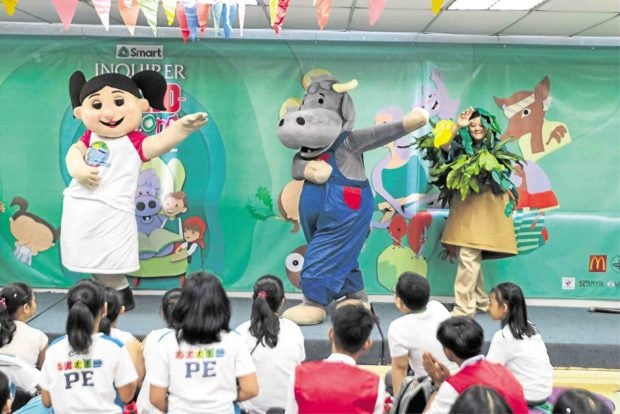 The tragic story of a 17-year-old victim of the government’s war on illegal drugs took center stage at the 7th Inquirer Read-Along Festival on Friday.

The story, told in Filipino, was written by prize-winning children’s book author Weng Cahiles and illustrated by Aldy C. Aguirre. Former Inquirer photographer Kimberly dela Cruz did most of the research.

“Kian’s story is special because it reminds us to be aware of what’s happening in the community and to be vigilant and cautious,” Picache said in an interview after the event.

Delos Santos’ killing, initially reported as a shootout by the police, stirred rare public outrage and protests over President Duterte’s fierce war on drugs during which thousands of suspects had been killed.

Picache said drug-related extrajudicial killings had become a “sad reality,” but that she hoped and prayed that our people and leaders would be “enlightened and realize that the way to solve our nation’s issues, especially poverty, is to educate [the poor], give [them] livelihood and make them more socially aware.”

She added:  “I feel that to fight evil, we need to show more kindness and more love.” 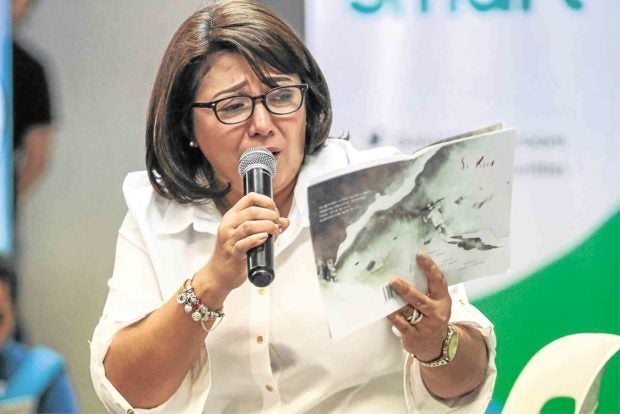 Picache herself experienced crime when her mother, Zenaida Sison, was killed by their houseboy, Michael Flores, in an attempted burglary in September 2015.

On Friday’s kick-off of the two-day Read-Along festival, Picache said the event was one way of encouraging people to read books. People learn a lot from stories and get inspired by them, she said.

Veteran storyteller Dyali Justo of Adarna House also engaged the audience with Trina Paulus’ “Hope for the Flowers,” which traces the life cycle of caterpillars and their eventual transformation into butterflies. 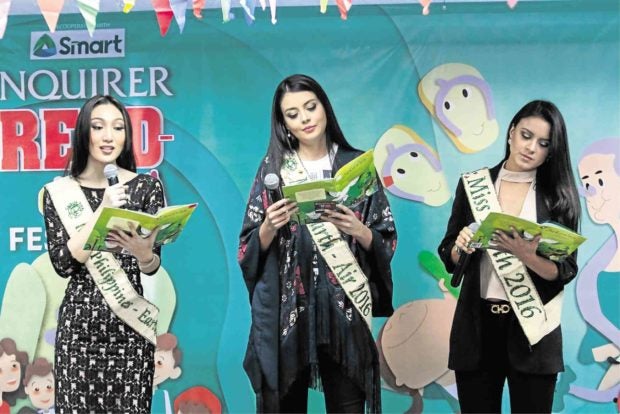 A special performance by Inquirer’s official mascot Guyito and Smart’s proenvironment mascot Flora served as energizer to the kids.

Held in cooperation with Smart Communications, this year’s festival carries the theme, “Hope for the children, Hope for the country.”

Rose, a student from an Alternative Learning System (ALS), described the event’s theme as the “tool we use to achieve our dreams.”

She added:  “All the stories read in the session really hit us hard. We have to grab any opportunity available because we are among those who [can’t] send ourselves to good schools. We are part of the ALS, a kind of education system that is not part of a formal school. We review for six months then take an exam. If we pass the exam, we are eligible for college. Like the [caterpillar’s] story, we are in the process of turning into butterflies.”

Kian’s story touched her as well, said Rose. “We are human beings who deserve second chances. If you are falsely accused, you should be given a chance to redeem your name,” she added.

“Si Kian” was the first children’s book project funded by the Philippine Center for Investigative Journalism (PCIJ) Project for Innovation in Storytelling. The story, which also has an audio book read by actress Agot Isidro, was first released on Facebook and Instagram.

“The book was an [unplanned] project that needed attention because Kian’s story can happen to anyone, especially young people” Cahiles told the audience after the reading session.

Espin meanwhile linked books on the environment with a better understanding of how to take care of it.  “You’re not just reading to the kids; you are actually hoping that they’d grow up with respect for the environment,” she said.

Espin’s fellow beauty queen Ibasco, a physics professor at the University of Santo Tomas, said the story “Sa Bakawan” showed how important it was to segregate trash and to reuse and recycle stuff that we can to conserve our resources and prevent trash from polluting our surroundings.

Romualdez, who is also a Read-Along ambassador, read “Ang Huling Puno” by Richard Reynante, complete with costume and props.  The story stresses the importance of taking care of Mother Nature. The Inquirer CEO also gave small potted plants to the children to encourage them to continue caring for the  environment.

Professional storytellers Rich Rodriguez and Posh Develos of Ang Pinoy Storytellers closed the morning session by reading in tandem Rene Villanueva’s “The Zimbragatzees of the the Planet Zing,” which tells of how Zimbragatzee creatures lost their unique noses due to extreme pollution.

Among the festival’s sponsors were McDonald’s, Unilab, RiteMed for Kids, USAid, PCIJ, Adarna, Anvil and Vibal.