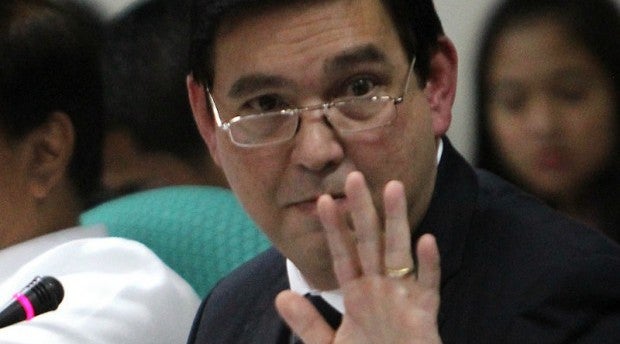 Senator Ralph Recto welcomed on Saturday the decision of Customs chief Isidro Lapeña to suspend the Bureau of Customs’ (BOC) tedious guidelines and requirements in sending “balikbayan” boxes into the country.

Recto said “common sense won” when Lapeña suspended on Oct. 3 the requirements for balikbayan box senders to fill up an information sheet, submit a photocopy of their Philippine passport and purchase invoices of goods to be shipped.

“Kung sobrang itemized, parang sinulat mo na rin na (If the boxes are really itemized, it’s like you have written) ‘Open me, I’m yours.’ I concede that there must be rules, but not so complicated that the box ends up being wrapped in red tape,” Recto said.

Amid OFW outcry, Lapeña ordered the review of the rules and put on hold Customs Administrative Order (CAO) No. 5-2016, which tightened controls on balikbayan boxes, and CAO No. 04-2017, which aligned balikbayan privileges with RA 10683, the Customs Modernization and Tariff Act (CMTA).

Recto welcomed the review as an opportunity to purge the current guidelines of “bureaucratic overreach and a wrong interpretation of the law.”

“It is clear in the CMTA, and in the debate records of the House and the Senate, that an OFW can send home, tax- and duty-free, a balikbayan box valued not more than P150,000 three times a year,” Recto said.

Recto said the previous BOC management “wrongfully read the cap on the privilege as P150,000 a year, when that amount is per shipment, which can be availed of three times annually.”

Another concern of Recto is one provision in the CMTA which has a bearing on the “Marawi crisis, the typhoons which hit us, and our misfortune of being at the receiving end of calamities—man-made and natural.”

Recto said Section 120 of the CMTA deals with “relief consignment” or goods such as food, medicine, equipment, shelter materials for free distribution to or use of victims of calamities.

Under the law, “clearance of relief consignment shall be a matter of priority and subject to a simplified customs procedure,” Recto said.

“These shipments must be cleared beyond the designated office and shall be waived of corresponding charges. The examinations of goods are allowed only in exceptional circumstances,” he said.

Section 800 (g) of the CMTA allows OFWs and other Filipinos abroad to send tax-free balikbayan boxes in the Philippines as long as its contents are not intended for barter and sale, and are not worth more than P150,000. /jpv