Duterte signed the EO on October 4.

The EO stated that the commission is mandated “to directly assist the President in investigating and/or hearing administrative cases primarily involving graft and or corruption against all presidential appointees.”

“There is a need to create a separate commission under the Office of the President solely dedicated to providing assistance to the President in the investigation and hearing of administrative cases and complaints, and in the conduct of lifestyle checks and/or fact-finding inquiries concerning presidential appointees and other public officers allegedly involved in graft and corrupt practices, or have committed other higher crimes and/or violations of the Code of Conduct and Ethical Standards for Public Officials and Employees,” the EO stated.

It stated that the commission would have “power, on a complaint, or motu proprio, and concurrently with the Office of the Ombudsman to hear, investigate, receive, gather, and evaluate evidence, intelligence reports, and information in administrative cases against all presidential appointees.”

It added that “upon the instructions of the President or motu propio, the commission may conduct lifestyle checks and fact-finding inquiries on acts or omissions of all presidential appointees, including those outside the executive branch of government.”

The commission will compose of a chairman and four commissioners.

Duterte created the anti-corruption commission amid his allegations of corruption and “selective justice” against Ombudsman Conchita Carpio-Morales and officials of the anti-graft agency.

The Ombudsman has said it was investigating the alleged unexplained wealth of Duterte, which supposedly amounts to billions. /je 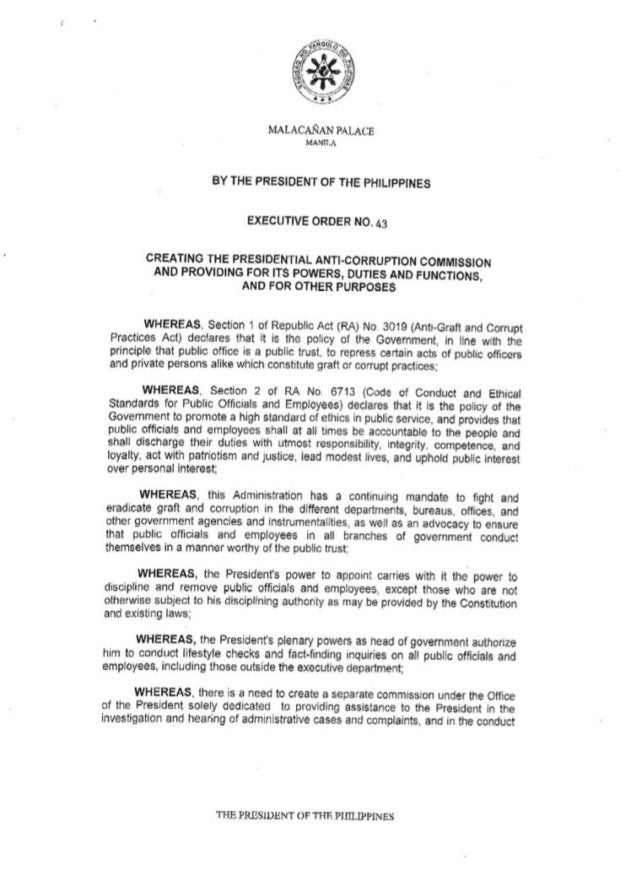 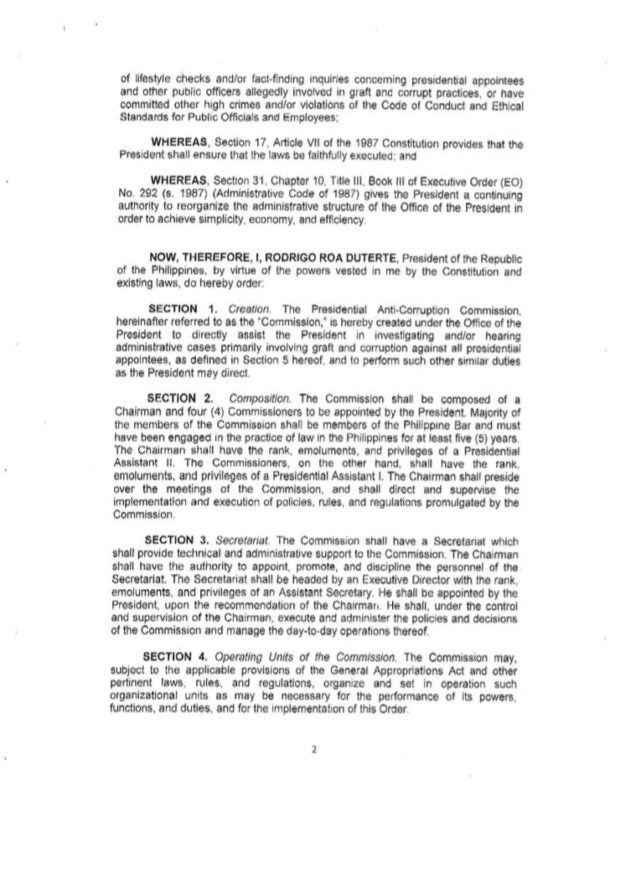 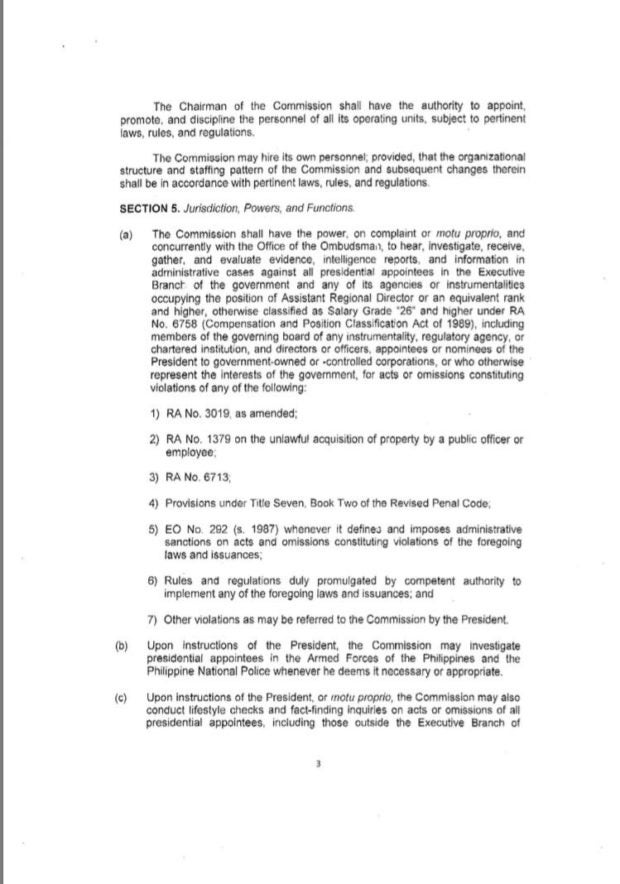 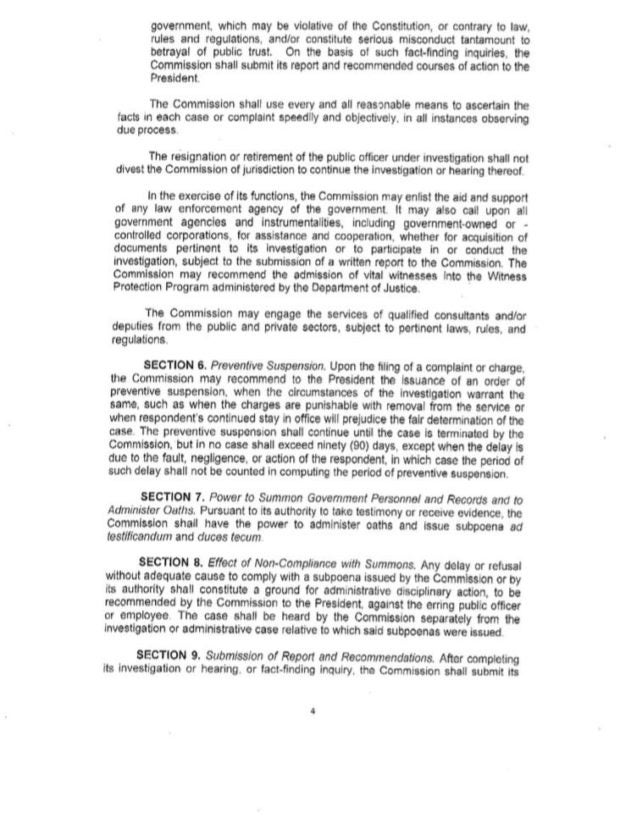 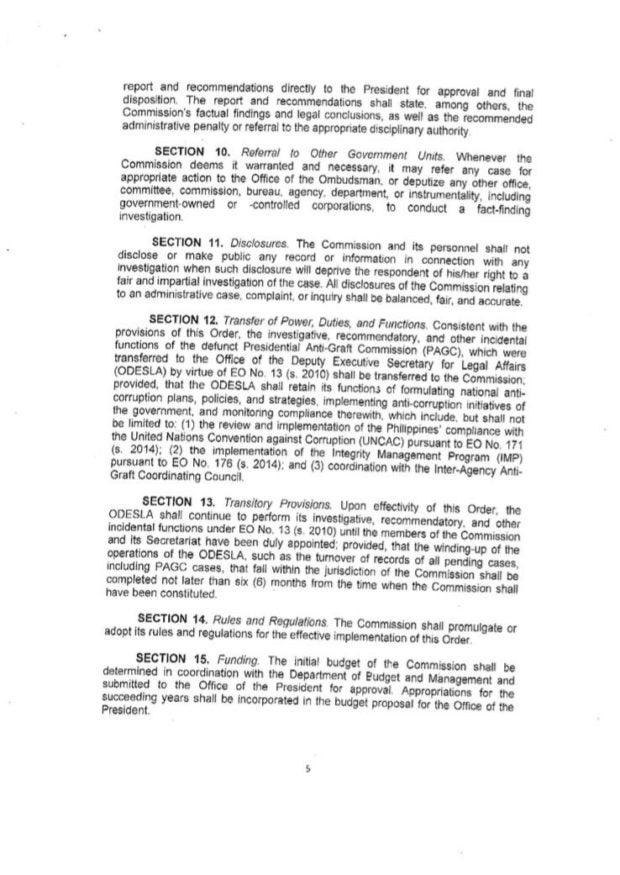 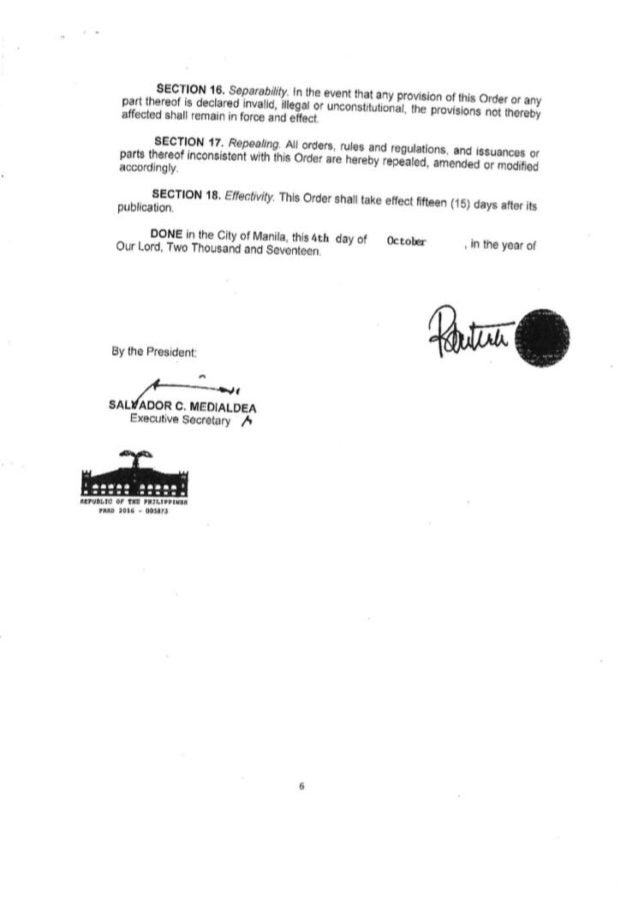