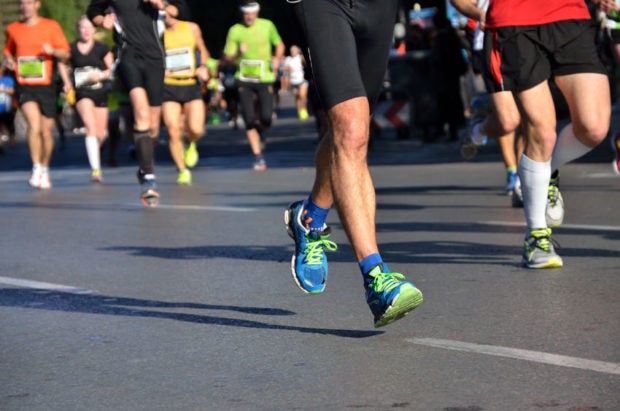 A runner’s wardrobe malfunction led him to become quite the flashy spectacle during a marathon in Slovakia.

As he sprinted through his final lap, his shorts also let it rip—exposing his genitals to audiences of the Košice Peace Marathon, reports Canadian Running.

Urban seemed either unaware or unfazed as he continued to go full speed ahead, even high-fiving a member of the audience.

While he gained international attention for his X-rated finish, it turned he had also beat his personal best, finishing 10th place at Europe’s oldest 42K marathon.

A video of the televised marathon was taken by a Dominik Cvik and uploaded on YouTube.

His time of 2:21:51 is 27 seconds faster than his previous record time, according to the Association of Road Racing Statisticians.

Footage of the race shows him not once acknowledging that his genitals had been flapping in the wind. After crossing the finish line, he is seen stumbling over and recovering as he holds his ankles.  Niña V. Guno /ra