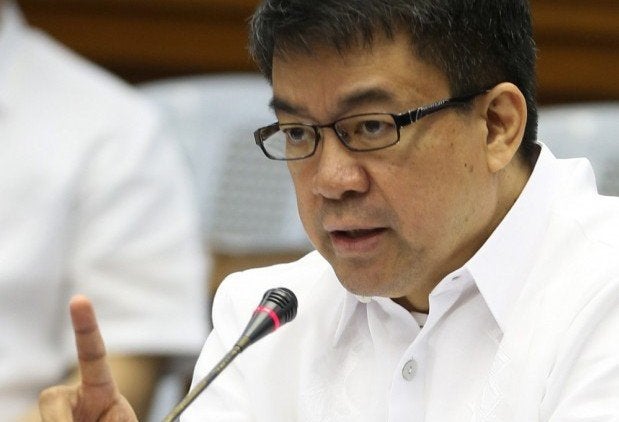 “Where is the peace and order that (Philippine National Police chief Director General Ronald “Bato”) dela Rosa says the people are ungrateful for?”

This was how Senate President Aquilino “Koko” Pimentel III lamented on Thursday the killing of Puerto Galera, Oriental Mindoro councilor, Melchor Arago, and his 15-year-old son by unidentified gunmen.

Pimentel’s remark was an apparent response to Dela Rosa’s earlier outburst calling critics of the drug war as “ingrates.”

READ: ‘Bato’ slams critics of drug war: You are ‘ingrates’

The senator said Arago, 52, was in his car parked in front of his house on Tuesday, when two motorcycle-riding men approached and shot him and his son Kenneth, when the latter was spotted going out of the house.

“This is yet another murder by the now usual modus operandi of motorcycle-riding gunmen,” he said in a statement.

Pimentel also dared the PNP to shape up.

“Criminals are being emboldened by what they see as the incompetence of the PNP in catching them,” he said.

Pimentel noted that according to the PNP’s own figures, there were 6,225 drug-related deaths between July 2016 and September 2017.

“These deaths were broken down into 2,290 drug-related deaths or homicide cases under investigation, 3,850 deaths during police operations, and 85 police or military personnel killed in action,” he said.

The Senate president said the large number of unsolved “deaths under investigation” is unacceptable.

“One homicide is one unnecessary death too many. Add the large number of unsolved killings, made worse by some of the victims being minors, and you start wondering what the police is there for,” he said.

He also underscored that the police should have proper training and tools to carry out President Rodrigo Duterte’s campaign against drugs and criminality.

“The Filipino people deserve a modern, professional, and capable police force. Right now, the PNP is none of the above. We need to take radical action to change this state of affairs,” said the senator.

On Wednesday, the suspects behind the killing were nabbed at a police checkpoint in Barangay (village)  Poblacion.

Police identified the suspects as Tirso Manlangit, 39, and Rogelio Sto. Tomas, 47, both from Lipa City in Batangas. /idl