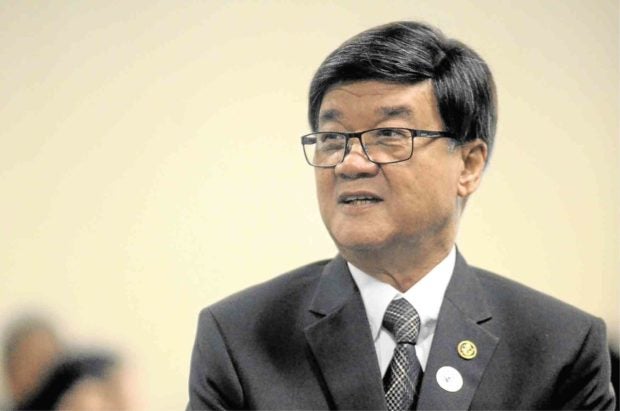 Solicitation of support or show of force?

A group of Duterte supporters on Tuesday asked the public to join it in defending President Rodrigo Duterte against what it called “enemies of the state.”

“Sign up now!” read a portion of Citizen National Guard’s (CNG) manifesto, which was distributed to the reporters at a press conference in a hotel in Manila on Tuesday morning.

The CNG surfaced just a day after presidential spokesperson Ernesto Abella accused Ombudsman Conchita Carpio Morales and Chief Justice Maria Lourdes Sereno of allowing themselves to be used to discredit President Duterte as part of a plot to oust him.

The group claimed about 25,000 Filipino members from all walks of life nationwide, including retired military officials.

At the back of its one-page manifesto, the CNG left three cell phone numbers, a Facebook page and a website so applicants could find them.

Aguirre said movements like CNG were important as the plot to remove the President was intensifying.

“It will be easy to mobilize in case there is a destabilization plot and we can move against them,” he said.

Asked if the country was looking at a violent resistance ahead, Aguirre said: “No, it will not be violent. We are fighting these people through mind and reason.”

“We will help the administration expose these destabilizers who … want to gain their lost power,” he said.

Aguirre has his “own group,” which he plans to launch “at the right time.”

Asked if the President was losing support and if such groups were part of a show of force, Aguirre said “no,” but the propaganda against him was intensifying.

The public might see the full-blown propaganda against the President early next year. “Everyone’s busy for Christmas,” Aguirre said.

He said his group had active and retired police and military officials as members. “The thrust of my group is to respect the (President’s) mandate,” he said.

The destabilizers, Aguirre and Acosta said, even used the murders of teenagers Kian delos Santos, Carl Angelo Arnaiz and Reynaldo de Guzman to their advantage.

Delos Santos, 17, and Arnaiz, 19, were killed by policemen, while De Guzman, who was last seen with Arnaiz, was killed vigilante-style with his face wrapped with packaging tape.

Their deaths have sparked massive outrage and street protests.