Revilla opts to seek leave of court instead of bail 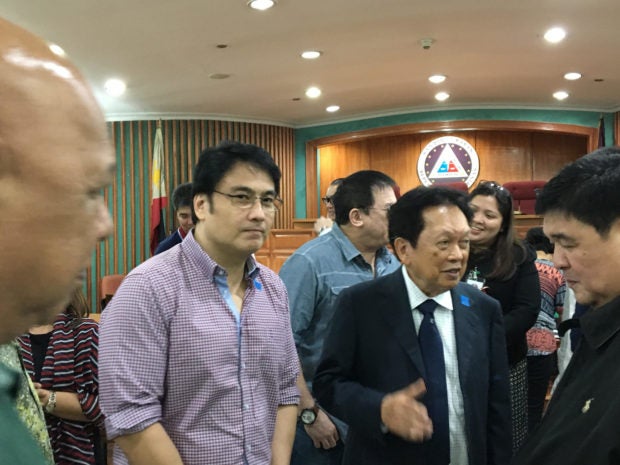 Former senator Ramon Revilla Jr. opted not to file a second motion for bail and instead would move to file leave of court to seek the dismissal of his case through demurrer as he faces plunder and graft charges over the pork barrel scam.

In an interview after his scheduled plunder trial on Tuesday, Revilla said he would rather not comment on the moves of his lawyer, who during the hearing revealed plans to seek demurrer of evidence.

But Revilla expressed apprehension and confidence that the evidence the prosecution presented against him is weak to merit the dismissal of his pork barrel scam cases.

In a separate interview, Revilla’s lawyer, the former solicitor general Estelito Mendoza, said the defense opted for demurrer instead of bail because it is confident the prosecution’s evidence against Revilla is weak enough for the dismissal of the case.

Revilla’s camp considered filing another bail petition after his co-accused former senator Jinggoy Estrada was granted bail by the Sandiganbayan Special Fifth Division, supposedly due to the prosecution’s failure to point at the main mastermind.

READ: Jinggoy Estrada out on bail; Bong Revilla may be next

A demurrer is a legal remedy that seeks to dismiss the case based on the evidence presented by the prosecution during trial.

Before a demurrer can be filed, the accused should first seek leave of the court to file such a motion.

If the demurrer is denied, the defense will be the next to present its evidence to counter the prosecution’s allegations.

“Demurrer simply means we will be contesting that the evidence of the prosecution has proven the guilty of the accused beyond reasonable doubt. And that therefore if they have failed to do so, we are no longer obliged to present any evidence. Instead, the court will enter a judgement of acquittal, so that’s the end of the case,” Mendoza said.

“We don’t think it’s necessary to file a motion for bail, rather we will file demurrer which means the case is over. Nothing to have a bail for,” he added.

During the hearing, the prosecution rested its presentation of evidence and witnesses against Revilla, paving way for the defense either to present counter-evidence or to seek for demurrer to evidence.

Revilla also opted not to comment on his colleague former senator Jinggoy Estrada’s allegation that an Ombudsman field investigator tried to extort money from him to downgrade the plunder case.