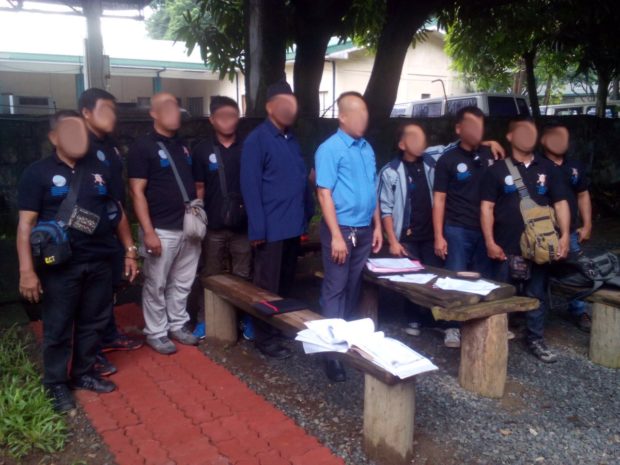 Armed men tried to enter Camp Aguinaldo past 5a.m. Monday. They were questioned for bringing firearms without documents. PHOTO FROM THE ARMED FORCES OF THE PHILIPPINES

Ten  men were arrested at Camp Aguinaldo early Monday for possession of firearms amid the enforcement of gun ban.

The group of men, who called themselves Southeast Asia Collective Defense Treaty, were onboard a van when they tried to enter the Gate 6 of Camp Aguinaldo at around 5:45 a.m., Armed Forces of the Philippines public affairs chief Col. Edgard Arevalo said.

“They were held for questioning for bringing firearms with no appropriate documents. Neither were they holders of gun ban exception from the Comelec,” he said.

The group is led by one Daniel Pagalan, their purported Chief Intelligence.

Other members arrested were identified as:

The group claimed they were on their way to present their letter requesting accreditation to DND Secretary Delfin Lorenzana through a staff. 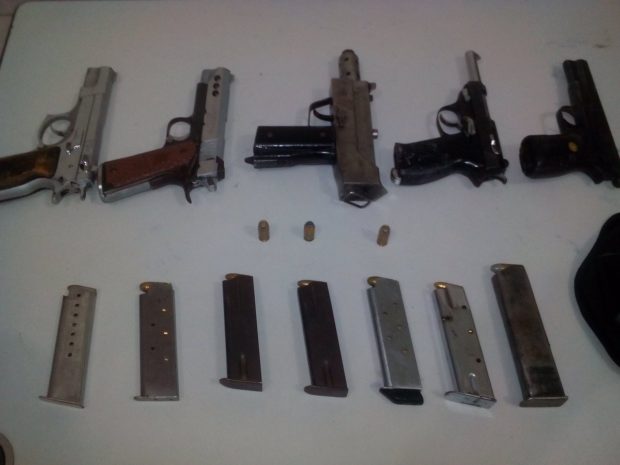 After checking, the guards on duty found that they have no appointment with the office.

Arevalo said they wore t-shirts of the same color and design which made the guards suspicious. They were later asked if they have firearms, to which the men admitted.

Seized from their possession were two homemade caliber .45 pistols and three 9mm pistols and seven magazines with 47 cal. 9mm and 26 cal .45 live ammunition; and identification cards of still unknown authority and source.

The group of men were turned over to PNP Station 8 in Quezon City for further questioning.

“We commend the guards on duty under the leadership of Colonel John Dominic Pulido, the Camp Commander, for their vigilance and appropriate action required under the circumstances,” Arevalo said.

The Comelec is still waiting for President Rodrigo Duterte to sign the law postponing the barangay and Sangguniang Kabataan elections to May 2018.