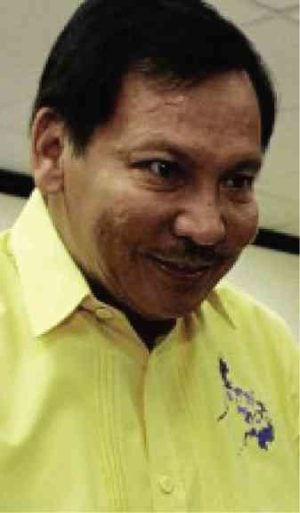 Former Caloocan City Mayor Enrico Echiverri is facing another batch of graft cases in the Sandiganbayan, this time involving P102.25-million worth of projects.

Prosecutors from the Office of the Ombudsman filed charges for 19 counts of graft against Echiverri, city accountant Edna Centeno and budget officer Jesusa Garcia, on Sept. 22

Echiverri allegedly awarded the 19 projects to nine contractors without prior authorization from the Sangguniang Panlungsod, causing undue injury to the government and giving unwarranted benefits to these firms, according to the prosecutors.

The charges cited 13 drainage system improvement projects worth P77,822,875.49 and four street repair projects worth P16,292,828; the installation of lighting systems on the center island of the Light Rail Transit Line 1 Monumento station for P3,234,420; and the construction of a multipurpose hall in Barangay Urduja for P4,901,746.34.

Sixteen of the charges filed went to the antigraft court’s Fourth Division, while one each was raffled off to the Fifth, Sixth and Seventh Divisions during the Sept. 29 raffle.

The prosecutors recommended bail at P570,000.

Centeno and Garcia were also sued for 19 counts of falsification of public documents. Their bail was set higher at P1.026 million because of these other charges.

Graft cases have been piling up against Echiverri since March, but the latest batch proved to be the largest set.

On March 7, Echiverri was charged with two counts of graft over two drainage projects worth P4.7 million. Five more graft cases were filed on March 24 over four drainage and street extension projects worth P15.22 million, as well as a P2-million barangay hall for Barangay 167.

One more graft case followed on May 2 concerning a P3.61-million street concreting project.

On July 3, Echiverri was charged with two counts of graft over an P8.08-million drainage improvement project and a P3.54-million streetlight installation project. On Sept. 11, another graft case was filed against him over a P1.44-million road repair project.

Including the amounts cited in the latest batch of charges, payments made to contractors for the 30 questionable projects have reached a total of P140.84 million.