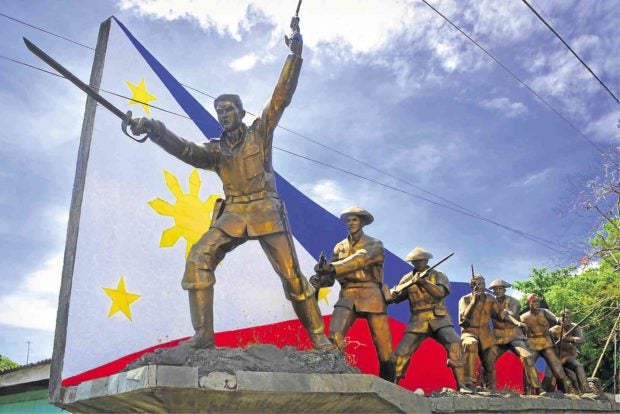 It’s probably because of Cavite province’s history and strong link with the past that we have come to know its people as fierce and clannish. But Caviteños are warm and accommodating hosts.

Cavite El Viejo, the old name of Kawit, is the hometown of the first Philippine President, Gen. Emilio Aguinaldo.

Only 21 kilometers south of Manila, Cavite is the country’s most populous province with 3.68 million residents as of 2015.

From what used to be vast tracts of farmland, it has evolved into an industrial and residential hub, absorbing the spillover of investments and development in Metro Manila. 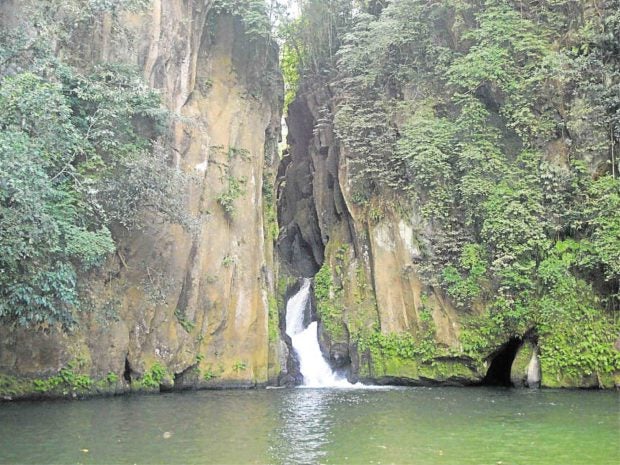 Cavite has a lot of less prominent but interesting sites for a 48-hour travel.

Among its “hidden gems” are the Cabag Cave in Maragondon town; the Matala and Piitan caves in Indang town; and a number of falls, such as Palsajingin Falls in Indang, Balite Falls in Amadeo town, and Saluysoy Falls in Alfonso town.

From Manila, the easiest entry points are via the Cavitex (a 14-km expressway from Roxas Boulevard) or the South Luzon Expressway.

An early Saturday adventure may start in Carmona town, with a daring flight on a canopy wing of a paraglider.

Since 2009, Raymundo’s group has been organizing tandem rides (riding with a certified pilot) in Barangay Lantik. “It started as a hobby but is now being offered as a sport to boost Carmona’s tourism,” he said. 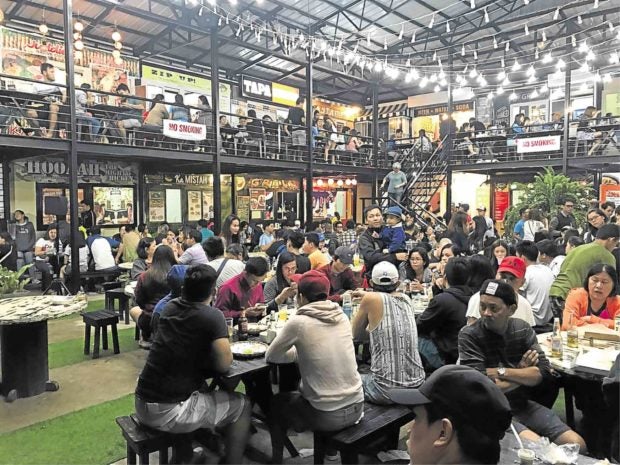 But the sport is seasonal as it depends on the wind direction. In Carmona, paragliding is offered between November and April, with early morning as the best time to fly.

Those afraid of heights may try trekking and swimming in the Malibiclibic Falls in Gen. Emilio Aguinaldo town.

Travel from Manila takes about two hours through Cavite’s quaint, historic towns of Kawit, Tanza, Naic and Maragondon before taking the turn toward Gen. Emilio Aguinaldo, a fifth-class town and a favorite destination among bikers and trekkers.

“If you ask locals for directions, ask for Bailen. They might not know where Aguinaldo is,” municipal tourism officer Glori Ann Sain said, referring to the town’s old name.

From the town center, a tricycle (fare: P50) takes the visitor to Barangay Lumipa where a 20-minute trek to the falls begins.

The town also promotes a strawberry farm in Barangay Kabulusan and the “tilbok,” a local delicacy made from glutinous rice and coconut milk. 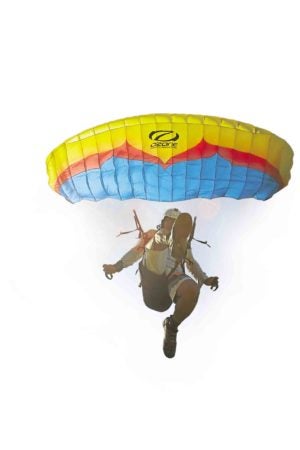 The next best stop is Tagaytay City. Known for its perfect vantage point of Taal Volcano, it is a top tourist destination not only in Cavite but also in the Southern Tagalog region.

A ridge that stretches 28-km from the Tagaytay rotunda to the boundary of Nasugbu town has been dubbed its “tourism strip,” as it is lined with restaurants, coffee shops, retreat houses, hotels, and bed and breakfast (B&B) facilities.

Restaurants commonly serve “bulalo” (beef marrow stew), crispy “tawilis” (herring), and “kare-kare,” but if one is up for a more authentic feel (at a cheaper price), head straight to the Mahogany market for lunch. It is a beef market and a “pasalubong” center with several “carinderia.” Bananas and “kapeng barako” (brewed native coffee) come free.

Tour the Museo Orlina and be awed by the works of renowned glass sculptor Ramon Orlina.

Visit the Puzzle Mansion, where over 1,000 jigzaw puzzles  earned collector Gina Lacuna her Guinness record in 2012.

Also in Tagaytay, Nurture Wellness Village has been runing a 6,000-square-meter organic farm of medicinal plants and vegetables since 2001.

But, of course, what is Tagaytay without a view of Taal Volcano. Try the perfect vantage point atop the Sky Eye, a 63-meter-high ferris wheel inside the 5-hectare Sky Ranch. From there, simply cross the street to the newly opened The Barracks Food Park for dinner and choose from over 20 homegrown food stalls.

Cavite played a key role in the 1896 Philippine Revolution, which ended when General Aguinaldo, from the balcony of his home in Kawit, declared Philippine independence from Spanish rule on June 12, 1898.

At least eight museums, several markers and monuments, are spread all over Cavite.

From Tagaytay, it takes about an hour to reach Imus City, the “Flag Capital of the Philippines.” Head straight to the heritage park in Barangay Alapan where the second tallest flag pole in the Philippines, next to Luneta, stands.

“You better go to Imus before proceeding to Kawit if you want to follow the historical trail,” said city information officer Jay Saquilayan.

On May 28 1898, revolutionaries led by Gen. Hipolito Saquilayan won the almost five-hour Battle of Alapan, the last before Aguinaldo unfurled the Philippine flag for the first time.

The road leading to Alapan park is still underdeveloped.

About half an hour drive away are the Cuartel (Camp Gen. Pantaleon Garcia, currently the provincial police headquarters) and the Our Lady of the Pillar, or the Imus Cathedral, one of the oldest in Cavite.

Imus is one of the earliest economic and religious centers in Cavite with a monument of local hero, Gen. Licerio Topacio, at the plaza.

A 10-minute walk from the cathedral, Big Ben’s Kitchen serves Imus “longganisa” for lunch. “Imus used to be a hacienda and the old way of doing longganisa was meant for (food) preservation,” owner Gene Gutierrez said.

Get a quick stop for Digman’s “halo-halo” in Bacoor City. Digman is a small village with narrow streets and a couple of diners serving halo-halo, “siopao” and “tahong” (green mussels) chips.

“When you say Cavite, two things (come to mind): Tagaytay and the Aguinaldo Shrine,” Aldea said. “(But Cavite) has a very rich historical and cultural heritage, it’s like taking you back to the time of the Katipunan.”

A walking tour around Kawit normally takes about three hours, starting or ending at the iconic white mansion of  Aguinaldo.

The lesser known but historic Gen. Baldomero Aguinaldo Shrine in Barangay Binakayan also stands as perfect example of the “bahay na bato” (colonial stone house) with a “kamalig” (granary). It used to be the home of Baldomero, a cousin of President Aguinaldo and a cofounder of the Philippine Veterans.

Proceed to the St. Mary Magdalene Church, built in 1737 and one of the oldest in Cavite.

Heritage tours, according to Aldea, are not only meant to pique tourists’ interests but also to encourage locals to know and preserve their own heritage.