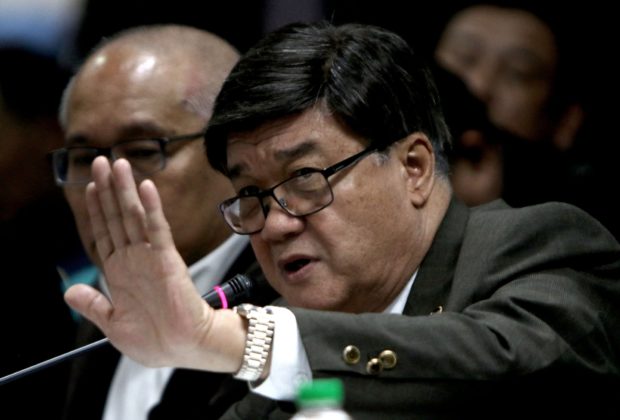 Justice Secretary Vitaliano Aguirre II has ordered the National Bureau of Investigation (NBI) to investigate the attack on the assistant provincial prosecutor in Infanta, Quezon Province.

In the Department Order No. 646 issued Friday, Aguirre ordered the NBI to investigate the attack on Assistant Provincial Prosecutor Reymund F. Luna who was shot Friday afternoon along Barangay Tongohin in Infanta, Quezon.

Police report stated that Luna was shot by two unidentified men who immediately fled onboard a motorcycle going to the direction of Barangay Gumian, also in Infanta.

“The NBI is hereby directed and granted authority to conduct investigation and case build-up over the killing of Assistant Provincial Prosecutor Reymund F. Luna and if evidence so warrants, to file appropriate charges thereon,” Aguirre said in his order.

In May, Caloocan City Prosecutor Diosdado Azarcon was shot thrice in the head outside his house along Brgy. 63 Kapas Street in Caloocan.

On the other hand, Barangay Chairman of Mauway in Mandaluyong Pablito Gahol was gunned down last September. He was a former Mandaluyong City Prosecutor. /jpv