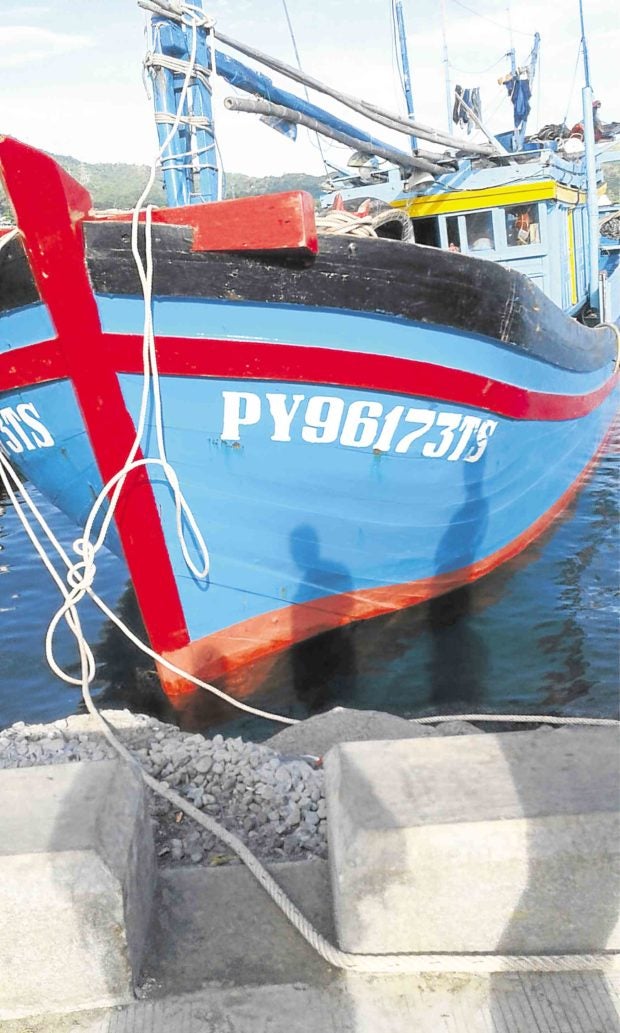 The boat that carried suspected Vietnamese poachers had been under the custody of the BFAR and Coast Guard in the town of Sual, Pangasinan province. Two of the boat’s crewmen were found dead with gunshot wounds. —CONTRIBUTED PHOTO

The Philippine National Police headquarters in Camp Crame validated the results of samples taken by the police, while investigators from the Criminal Investigation and Detection Group took the statements of five Vietnamese fishermen who survived the operation.

On Thursday, the provincial committee on illegal entrants (PCIE) convened to look into the case of Le Van Liem, 41, and Le Van Reo, 41, who were found dead on their boat’s deck on Sept. 23 when Navy personnel boarded the fishing boat following a brief chase at the West Philippine Sea.

The testimony of boat captain, Pham To, 34, and his crewmen, Phan Lam, 34, Nguyen Thanh Chi, 49, Phan Van Liem, 41, and Nguyen Van Trong, 41, were recorded in the presence of a Vietnamese embassy representative and an interpreter, Natnat said.

“The Navy crew and the ship captain have also submitted their affidavits. The autopsy reports are now complete,” he said.

The five fishermen were detained in their fishing boat docked at the wharf in Sual town.

A police report said the bodies of Liem and Reo bore bullet wounds.

Natnat said he could not say whether the Navy was liable for the death of the two fishermen. —GABRIEL CARDINOZA