He dies in Bulacan drug bust; she turns up dead in Cagayan 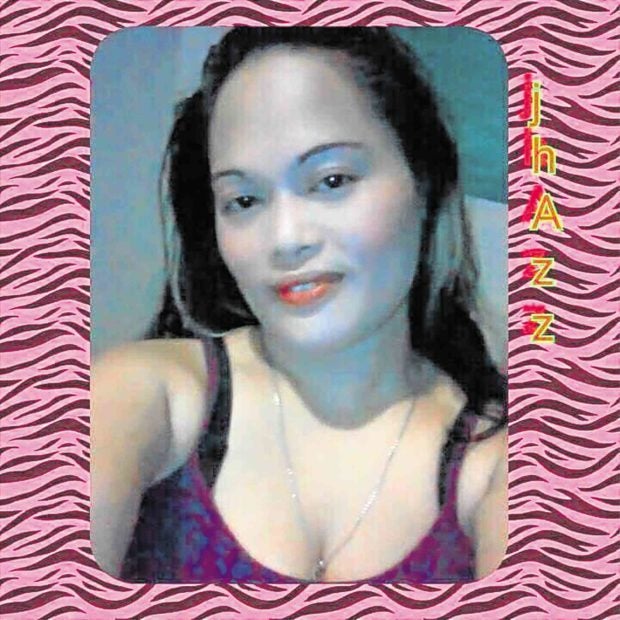 Days after her live-in partner was killed by the police in an antidrug operation in Bulacan province, a woman from Caloocan City was found dead — her body mutilated and bearing signs of torture — almost 500 kilometers away in Cagayan province.

According to one of the relatives of Rodesa Imbat, 29, her body was already bloated when fished out of Cagayan River, the head wrapped in duct tape, the teeth pulled out, and one of the nipples sliced.

Imbat also bore stab wounds in the arms and chest, said the relative, who agreed to talk to the Inquirer on Friday on the condition that she would remain unnamed.

Imbat’s immediate family members positively identified the body based on her tattoo — “Klea” — which remained visible despite the onset of decomposition. They were able to bring her body back to Caloocan from Cagayan only on Saturday.

The Cagayan provincial police director, Senior Supt. Warren Tolito, confirmed that a woman was found dead in the Cagayan River in Enrile town around 12:40 p.m. on Sept. 17.

Imbat and her live-in partner Benedict “Ude” Resureccion, 37,  were last seen alive when they left their Caloocan home together on Sept. 13, according to a statement posted by their relatives on Facebook on Sept. 16.

The couple, they said, went to the apartment of Resureccion’s sister in San Jose del Monte (SJDM), Bulacan, to give her the invitation to the birthday of Klea, the couple’s daughter who was turning two years old on the 14th.

The relatives said they would later learn that “unidentified men” abducted Imbat after shooting Resureccion dead in that apartment. Resureccion’s wake is ongoing in Sapang Palay also in San Jose del Monte.

But according to a spot report submitted to Supt. Fitz Macariola, the acting SJDM police chief, Resureccion was one of the two suspects killed in a buy-bust operation around 6 p.m. on Sept. 13 in Barangay Fatima 5 in the same town.

The other fatality was identified as Reynaldo “Ben Diesel” Arcilla, 36, allegedly Resureccion’s cohort and the main target of the operation that was led by PO3 Noel Estanislao, supervised by Macariola, and coordinated with the Philippine Drug Enforcement Agency.

The report said that when the police tried to arrest Arcilla in a neighboring house, he fired shots and ran toward the apartment. From there, Arcilla and Resureccion allegedly fired at the policemen until they were both gunned down in the exchange.

Recovered from the two slain men were 11 sachets of  “shabu” weighing of total of 35 grams, a loaded Noringco .45-caliber pistol, a cell phone, the buy-bust money and assorted drug paraphernalia, it said.

The report made no mention of the police encountering Imbat or any other person at the apartment.

In an interview on Saturday at the SJDM police station, SPO2 Daniel Ortega, chief of the investigation unit, said the team did not see any woman during the operation.

“If there was a woman there, we would have arrested her as well. Our names are in the police report. We are working hard to solve the cases,” he said.

‘No one would know’

“No one would know who did it,” Ortega said, referring to Imbat’s abduction and killing. “Could be vigilantes, syndicates, or drug suspects who are out to undermine the leadership of the COP (chief of police). Bakit naman kami gagawa ng aming ikabibigti? (Why would we do something that could get us hanged?)” he said.

Again requesting anonymity for security reasons, Resureccion’s relatives in Bulacan admitted that he was into drug pushing but maintained that he did not own a gun.

They were also not buying police statements regarding Imbat, saying they had learned from eyewitnesses that she and an unidentified woman were taken out of the apartment during the police operation.

Imbat’s bag, in fact, was recovered at the apartment, they said. —With a report from Villamor Visaya Jr.