4 dead in diarrhea outbreak in Palawan 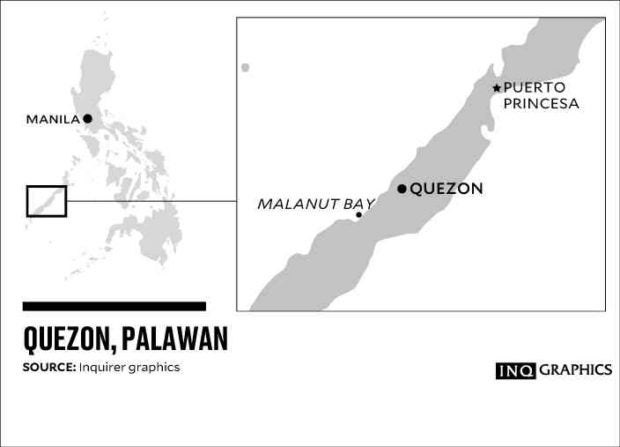 PUERTO PRINCESA CITY — At least four persons have died in an outbreak of diarrhea in Quezon, a small southern town of Palawan province some 130 kilometers south of this capital.

According to the municipal disaster risk reduction and management office (MDRRMO), at least 727 people suffering from diarrhea have been treated in the town’s only hospital since July, when the outbreak started.

Town officials, however, declined to identify the victims or give other details on their deaths.

Eden Cascara, a staff member of MDRRMO, said residents taken to the Quezon Medicare Hospital had complained of diarrhea after eating seafood harvested from Malanut Bay, the town’s main source of fish and other seafood.

Quezon Mayor Joselito Ayala said the local government declared a state of emergency in the town, covering all its 14 villages. Quezon has more than 40,000 residents.

The Department of Health (DOH) in Mimaropa (Mindoro, Marinduque, Romblon and Palawan) region has yet to complete water sampling to determine the cause of the outbreak.

The DOH, however, urged the local government to implement measures to address the health situation.

Dr. Rommel Lisan, head of the environmental and occupational health department of DOH Mimaropa, said the agency was unsure if the deaths reported by the Quezon MDRRMO were linked to the outbreak.

He said the DOH would determine the extent of the problem once it completed its assessment of the situation in the town.

“We still consider those things as rumors until we conduct a study. Diarrhea is common and it happens everywhere. But [when it affects] over 700, [this must be] something else, as it would seem already not just an outbreak but an epidemic,” Lisan said.

“It could have been caused by bacteria, amoeba or a case of food poisoning,” he added.