Source: DICT chief Salalima offers to quit due to ‘bureaucracy and politics’ 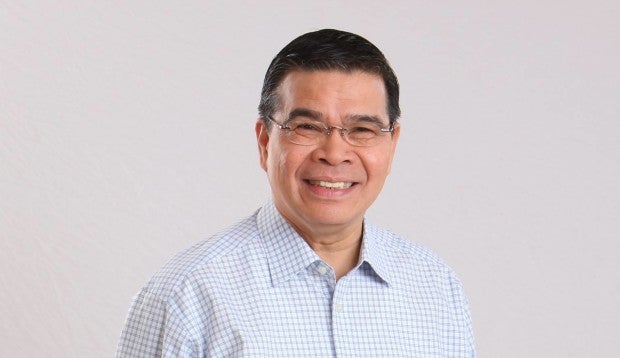 Rodolfo Salalima, the first secretary of the Department of Information and Communications Technology (DICT), has offered to resign from his post, a source with knowledge of the matter said on Thursday.

“As of this date, there is no official word from the Office of the Executive Secretary as to whether the President has accepted Secretary Salalima’s offer to resign,” Abella said.

In a press conference during his fifth visit to Marawi City, also on Thursday, President Rodrigo Duterte confirmed Salalima’s resignation. Duterte said he was now looking for the best person to replace Salalima.

Salalima’s offer to resign comes as the DICT is about to implement a series of major projects, including the P77.9-billion national broadband project that would provide high-speed internet to either unserved or underserved areas in the Philippines.

Salalima did not immediately respond to requests for confirmation on Thursday.

According to the source, Salalima was having difficulties dealing with the “bureaucracy and politics” of public service.

Indeed, among his priority initiatives was to get Malacañang’s support to cut regulatory bottlenecks that have impeded or slowed the construction of new cell sites.

Another early initiative was for the National Telecommunications Commission (NTC), which the DICT oversees, to retake idle radio frequencies so that these may be used by operating companies for the benefit of the public.

Salalima was credited with implementing the free WiFi project along Edsa last June and laying the groundwork for various new ICT initiatives, including the aforementioned projects.

Still, his previous job with Globe was a constant point of attack by his critics.

During the launch of the Davao landing station of the Southeast Asia-United States submarine cable system last August, he again addressed his critics.

Salalima recalled questions raised during his confirmation hearings last year, when he was asked about conflict-of-interest.

“I said there is no one in this country who has a monopoly on patriotism,” Salalima said.

“I am a lawyer and I know my oath and I know where to place my heart once I become a public servant,” he added.

Salalima was a schoolmate of President Rodrigo Duterte in San Beda College of Law.

He grew feisty when it was suggested that this connection played an important role in his selection as head of the DICT.

“My credentials speak for themselves,” he told the Inquirer last May.

If the President should accept his resignation, Salalima would not the first Cabinet member to leave the Duterte administration.

Vice President Leni Robredo resigned after a short-lived stint as housing chief after she was barred from cabinet meetings.

Ismael Sueno was sacked by the President as Interior secretary because of questions over the department’s purchase of firetrucks.