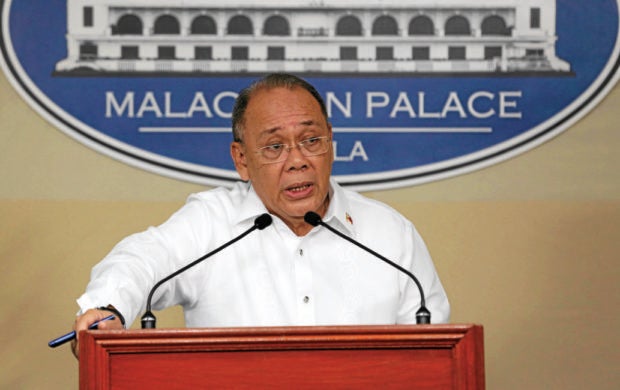 The Senate on Wednesday approved on third and final reading the postponement of the barangay and SK elections to May 2018.

“The Palace welcomes the approval of Senate Bill No 1584, or the Act Postponing the October 2017 Barangay and Sangguniang Kabataan (SK) Elections, on its third and final reading,” Presidential Spokesperson Ernesto Abella said in a statement.

Abella said Duterte’s stance remains” clear and consistent” that he wanted barangay and SK elections to be postponed.

“We hope for the immediate enactment of the law and call on our citizens to support the measure as the Senate and the House of Representatives go for a bicameral conference to start working and harmonize their versions of the bill,” he said.

Duterte has repeatedly said he wanted to postpone the barangay and SK elections, citing most village officials were into the illegal drugs trade. /je