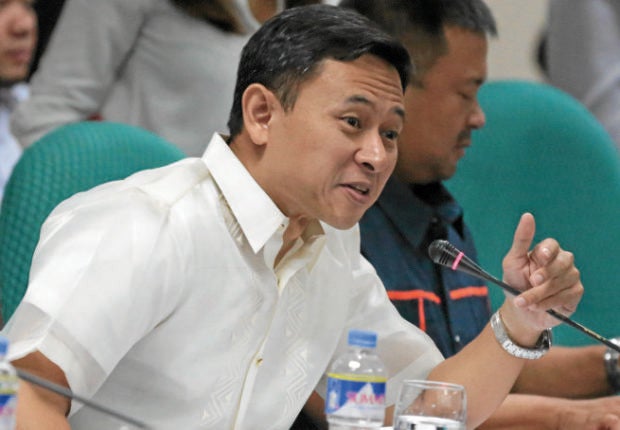 A yearly income of P150,000, “3-in-1” coffee and inherited property valued at up to P5 million are exempt from personal income, sweetened beverage and estate taxes, respectively, under the Senate version of the Tax Reform for Acceleration and Inclusion (Train).

Seventeen senators supported and signed the committee report on the Senate’s version of the comprehensive tax reform package, which Sen. Sonny Angara sponsored on the floor on Wednesday night.

The House of Representatives approved its version of Train in May.

Angara, chair of the Senate ways and means committee, said the reduced personal income tax rates would benefit up to 99 percent of taxpayers.

In his sponsorship speech, Angara said nominal increases in pay did not produce real income and wealth for workers because the tax system remained unchanged for almost two decades and unadjusted to inflation. “[It]’s time to give them back more purchasing power,” he said.

Under Senate Bill No. 1592, exempt from income tax are the following:

Those with up to four dependents to enjoy an additional exemption worth a maximum of P100,000, which translates to a tax-free monthly income of P25,000.

Angara said these exemptions would bring tax relief to 99 percent of the 7.5 million individual taxpayers registered with the Bureau of Internal Revenue.

At present, only two million wage earners enjoy the tax-exempt perk, but under SB 1592, more than six million government and private employees will pay no taxes.

The beneficiaries include teachers and call center agents.

A teacher, who has two dependents, with a monthly income of about P17,254 is currently taxed at 20 percent, but he or she will no longer have to pay taxes, resulting in monthly savings of P1,098.

The self-employed and entrepreneurs will enjoy lower tax rates and easier payment schemes.

For the self-employed, they will be “given the option of either the flat 8-percent tax or the schedule of new income tax rates we have outlined for compensation earners,” Angara said.

Instead of quarterly payments, the self-employed will pay once a year.

Also, the Senate version will provide relief to small business owners through a higher exemption on the value-added tax slapped on their sales.

SB 1592 raised the VAT-exempt threshold on the sale or lease of goods and services to P3 million from P1.9 million at present.

The bill aims to exempt small businesses with total annual sales of up to P3 million not only from paying VAT but also from filing the monthly VAT return and quarterly percentage tax returns.

Incremental yearly increase of P1.75, P2 and P2.25 per liter of petroleum product over the next three years compared with the House-approved tax of P3, P2 and P1.

For LPG, the increase will be increments of P1 in the next three years. Kerosene’s exemption was retained.

Five tiers of excise tax, similar to House Bill No. 5636, while hybrid and electric cars will remain tax exempt.

Two-phased approach to be in place in the first two years to allow the Food and Drug Administration to build its capacity to administer a tax based on a drink’s actual sugar content.

“3-in-1” coffee and milk are exempt from the sugar-sweetened beverage tax.

The bill widens the VAT base by reducing exemptions, even as it retained those covering food production, healthcare, socialized housing, the business process outsourcing industry, persons with disabilities and senior citizens.

SB 1592 is expected to result in net revenues of at least P134 billion.

The Department of Finance expects President Duterte to approve the tax measure before year-end and to implement it in January.

“The committee report is a good start,” Recto said.