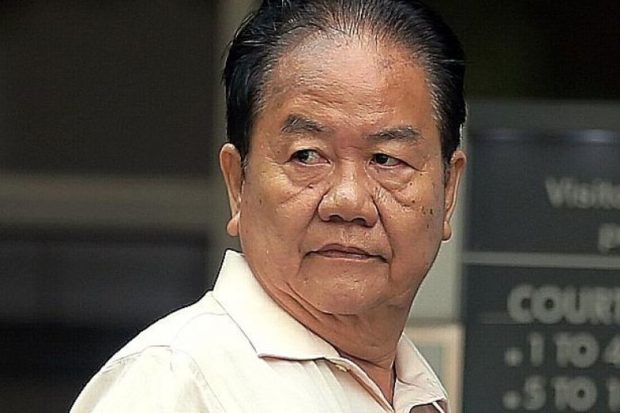 Tay Boon Keh is believed to have switched bag tags nearly every day between last November and this February. STRAITS TIMES/ASIA NEWS NETWORK

The ubiquitous baggage tag, which many airline passengers take for granted, helps ensure that luggage ends up at the destination it is supposed to – unless someone decides to swap them around.

This is what one baggage handler at Changi Airport allegedly did.

Tay Boon Keh, 63, was charged on Tuesday with 286 counts of mischief for swopping around baggage tags attached to the pieces of luggage he encountered.

He is believed to have started on Nov. 8 last year by exchanging the baggage tag of a piece of luggage bound for Penang on a Singapore Airlines flight with that of another bag.

It was not mentioned in court where the bags finally ended up.

Since then, Tay is believed to have switched baggage tags almost every day until this February.

The affected bags had been bound for places such as Hong Kong, Manila, London and Perth.

Responding to queries from The Straits Times, Changi Airport said this was an isolated case of mischief and there had been no breach of aviation security at the Changi aerodrome.

Its spokesman added: “Nonetheless, we have enhanced access control as well as the CCTV coverage in the baggage-handling area. Patrols have also been stepped up.”

Tay, who was unrepresented, was expressionless as he stood in court before District Judge Adam Nakhoda.

The court heard that he intends to plead guilty to his offences, and will be back in court on Oct 17.

If convicted of mischief, he can be jailed for up to a year and fined for each charge.

Read Next
Tish Bautista ‘undeterred’ by junking of impeach raps vs poll chief
EDITORS' PICK
Supply of white onions gone since July, growers say
What to watch out for when selecting a video surveillance solution
House energy committee chair Arroyo bats for cheap electricity
vivo brings to the Philippines a powerful smartphone with a slimmer body, the vivo Y02s for only PHP 6,499
Bakers’ turn: P4 hike on bread prices sought
PH importing sugar after all: Marcos okays 150,000 MT
MOST READ
LOOK: Miel Pangilinan dazzles in glittery pre-debut shoot
DepEd to give teachers P5K cash allowance within first week of classes
Suspect in rape-slay of teenaged biker arrested in Camarines Sur
Mayor bares issues vs closed QC school
Don't miss out on the latest news and information.