Is processing of Estrada bail on a Saturday normal? 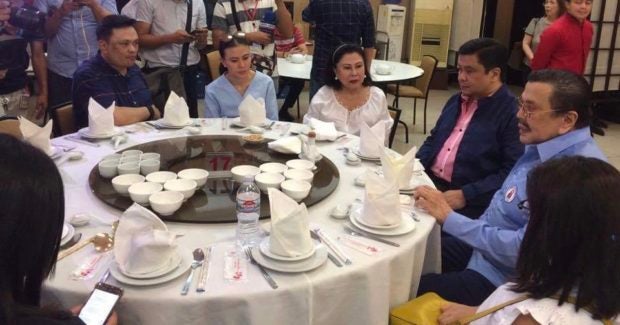 Was former Sen. Jinggoy Estrada given special treatment in posting bail on a Saturday?

No, according to Sandiganbayan Presiding Justice Amparo Cabotaje-Tang.

“There is a justice on duty for the day precisely to act on situations like the posting of bail. No special accommodation was given to former Sen. Jinggoy Estrada,” Tang told the Inquirer.

Estrada, who was granted bail by the Sandiganbayan’s Fifth Division, walked free after posting bail of P1.33 million on Saturday on charges of plunder and graft in connection with the pork barrel fund scam.

The division’s clerk of court office and the cashier’s office opened shop with only a few staff members to accommodate Estrada’s posting of bail.

The Revised Internal Rules of the Sandiganbayan is silent on occasions when an accused is granted bail on a Friday, but there are guidelines for when no Sandiganbayan justice is available to issue a release order once bail is posted.

Under the rules, the amount of bail to be posted in cases of bailable offenses shall be fixed by the chair of the division to which they are assigned or any justice of the division acting in his behalf.

Where none of the justices of the Sandiganbayan is available or where the accused is arrested, detained or otherwise placed in custody outside the Metro Manila area, Sections 17 and 19, Rule 114 of the Rules of Criminal Procedure shall apply.

“The accused must be discharged upon approval of the bail by the judge with whom it was filed in accordance with Section 17 of this Rule,” according to Section 19 of Rule 114 of the Rules of Criminal Procedure.

In a narrow 3-2 vote, the Fifth Division ordered Estrada’s release, with Associate Justice Lorifel Lacap-Pahimna delivering the clincher for the former senator.

The former Taguig Regional Trial Court (RTC) judge was appointed to the antigraft court in March by Mr. Duterte, replacing Napoleon Inoturan who retired in August 2016.

Pahimna was the same RTC judge who issued a temporary restraining order stopping TV stations from airing an anti-Duterte political campaign ad in 2016.

The ad featured clips of Mr. Duterte’s controversial actions, interspersed with shots of children asking if these were what the people wanted and whether the candidate’s actions set a good example.

She was among the RTC judges recognized by the Supreme Court in 2008 for outstanding performance in the judiciary. —With a report from Inquirer Research