The state-run internet news site Philippine News Agency (PNA) has found itself in another blunder as screenshots of several stories with notes as their lengthy titles quickly went viral on social media on Friday.

Several stories posted on PNA’s website early this year appeared to have messages—seemingly a note or instruction of an editor to the writer—as their titles.

In one of the stories posted on April 26, one “Lei” was asked to focus the angle of her story on the link between skin diseases and toxic waste as the Department of Health (DOH) in Region IV-B (Mindoro, Marinduque, Romblon, and Palawan or Mimaropa) held a conference on Marcopper mining’s effects on the people’s health and environment.

“Lei reangle this. focus on link between skin diseases and toxic waste. for foto get a picture of marcopper mining. DOH-MIMAROPA gathers commitment and unity on resolving environmental health problems,” exactly what the story’s title read. 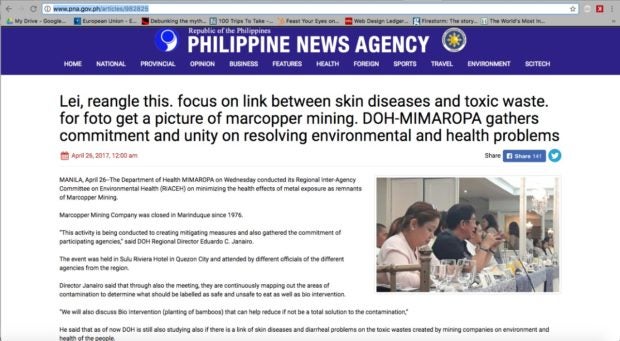 In another story, a certain “Aerol” was asked to change the angle of a Department of Information and Communications Technology story to President Rodrigo Duterte’s approval of the national broadband plan.

“aerol, this is an old angle, pls reangle to awaiting president’s ok on proposal then go on with what the national broadband plan.alert me if u have refiled the story///DICT committed to further improve internet service in PHL,” the headline read. 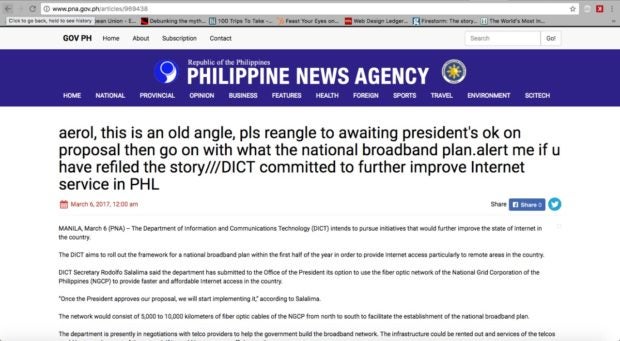 The third one showed a note asking to reangle the story on the reaction of Metro Manila Development Authority’s reaction on a traffic dispute involving a traffic constable.

“for abp to reangle on orbos reax/Traffic Constable manhandled by Bus Conductor in pasay City Over Traffic Violation,” it said. 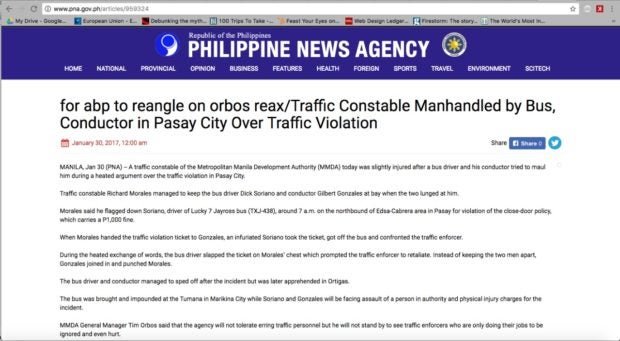 And the other showed a note that something was already “out yesterday.”

“(Out na yesterday) DOH MIMAROPA frst passenger from Coron airlifted via air ambulance,” the other read.

As the images spread like wildfire on social media, netizens were quick to hunt for more booboos of PNA. The reports were not just four–but dozens of them, a quick Google in the PNA website showed. 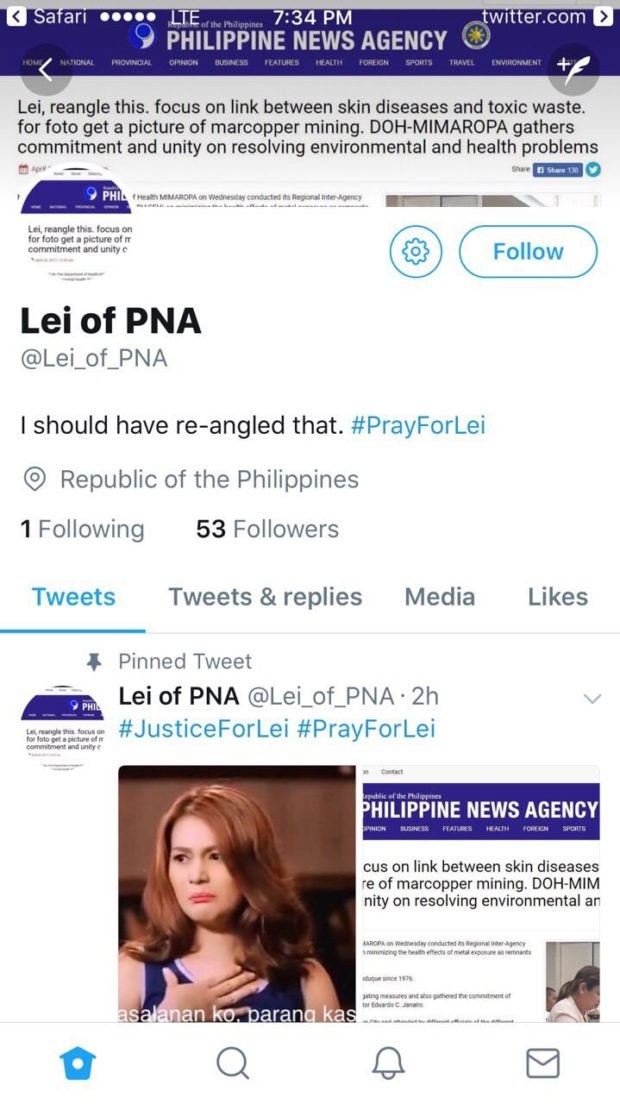 In a statement, undersecretary Joel Egco, who was assigned to supervise the PNA, assured the public that ‘the flaws in the system’ were being addressed.

“Rest assured that while we expect to experience ‘birth pains’ as we transform from the old to the new, the flaws in the system are effectively being addressed, both in terms of manpower and technology,” Egco said.

He said the “incidents of negligence, incompetence or even sabotage, if proven, will be dealt with accordingly. ”

“We are determined to bring back that old journalistic fervor that once defined editors and reporters of the news agency in its ‘glory’ days.   Please bear with us,” he said. With a report from Nestor Corrales/jvp