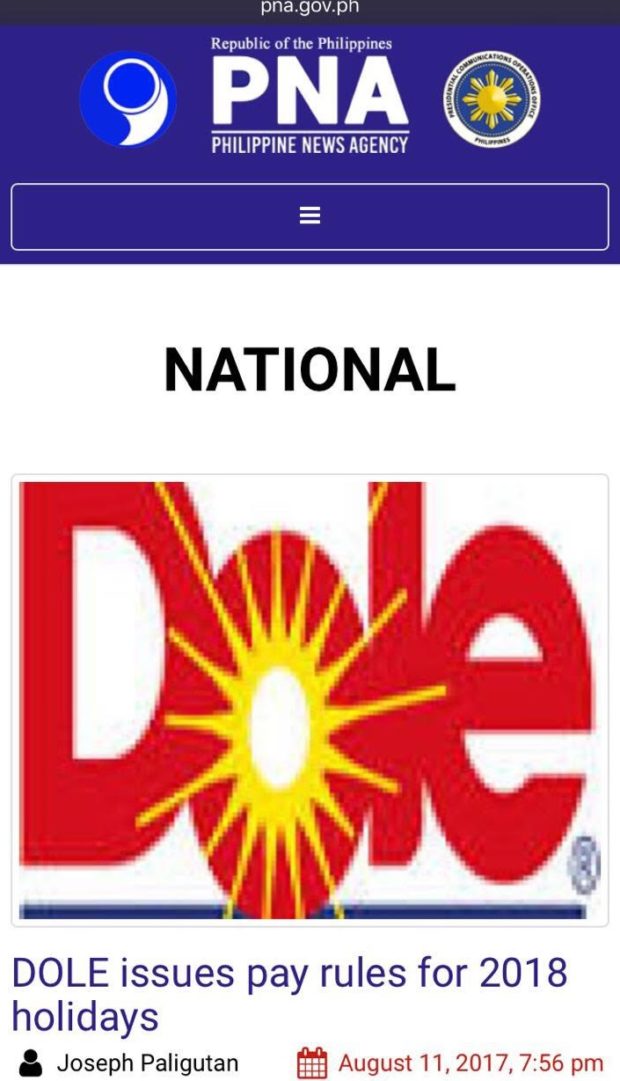 State-run Philippine News Agency (PNA) apologized on Friday for the erroneous use of the Department of Labor and Employment (Dole) logo.

Instead of using the agency’s official seal to accompany a story, the PNA used that of Dole Philippines, a company known for its pineapple and other food products.

“In a story titled ‘DOLE issues pay rules for 2018 holidays’ posted on the PNA website on Aug. 11, 2017, the accompanying photo was that of Dole Philippines,” the news agency said in a statement.

The PNA explained that in an effort to ensure that all stories are accompanied by a photo, a staff “inadvertently attached the wrong photo.”

“It was a careless act on the PNA editorial staff,” it said.

“Rest assured appropriate action is being taken in pursuit of the delivery of accurate information to our readers. Our apologies.”

It was not the first time the PNA has been called out for its mistakes.

In May, PNA was slammed for “uploading fake news” about the United Nations member-state supposedly commending the Philippines’ human rights situation. A few days later, it was again called out for wrongly using a photo of a Vietnamese soldier during the Vietnam War to depict “urban warfare” in Marawi City. IDL