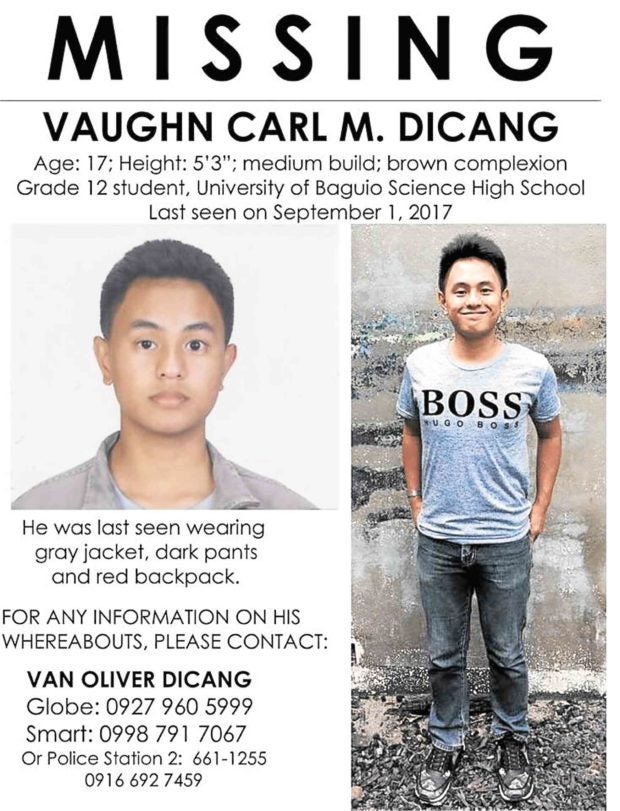 BAGUIO CITY—A Grade 12 student of a science high school, who had been missing since Sept. 1, was found dead at a creek here on Thursday, police said.

Classmates of Vaughn Carl Dicang, 17, at the University of Baguio Science High School had put up posters seeking information on him since he was reported missing by his family.

The body of Dicang was found at 9:40 a.m. on Thursday by a resident of Barangay Balacbac Sur here, according to the boy’s brother, Van Oliver, barangay captain of Lower Quirino Hill.

The body was in an advanced state of decomposition. It was found face down in a shallow waterway.

The search for Dicang had been a trending topic over social media since his brother posted his disappearance. His posts were shared by more than 10,000 online users.

“Our family would like to thank all the people who helped and prayed for him,” Van Oliver said in a post on Thursday.

Police could not say whether the body had wounds since they had yet to conduct an autopsy. —KARLSTON LAPNITEN