ILOILO CITY – For killing the biggest drug lord in Western Visayas, the city police gets P500,000.

The Iloilo provincial government wants to reward the Iloilo City Police Office with half a million pesos for the successful operation that “neutralized”   Richard Prevendido, an alleged drug lord, on Sept. 1.

Aside from rewarding the police, Iloilo province would also give P500,000 to the tipster who squealed on the whereabouts of Prevendido who had been in hiding for months.

Iloilo Gov. Arthur Defensor on Wednesday issued an executive order, releasing P1 million in reward for both the police and the informant who also stood to receive P600,000 more — P500,000 from the Iloilo city government and P100,000 from the Philippine National Police.

The tipster was said to be part of Prevendido’s inner circle who was lured by the P1.1-million reward for information that would lead to the drug lord’s whereabouts and later his arrest. 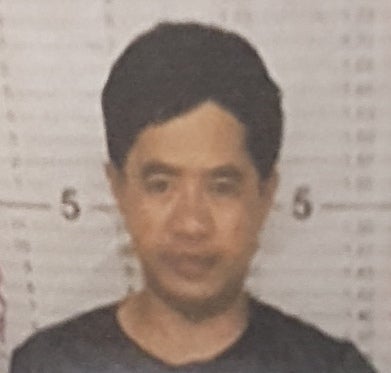 Ernesto Bolivar, an alleged sub-group leader of the Prevendido drug group, is now the focus of police operations after the killing of Richard Prevendido Photo by Nestor P. Burgos Jr./INQUIRER VISAYAS

But the police claimed that Prevendido and his son Jason put up a fight when they conducted the raid on a house at Landheights Subdivision in Balabago village in Jaro District here.

A lone gunman shot dead Odicta and his wife Merriam on Aug. 29, 2016 shortly after they disembarked from a passenger ship at the Caticlan port in Malay town in Aklan.

The P1-million reward from the provincial government included the P500,000 earlier offered for information leading to arrest of Prevendido.

Bolivar is allegedly a sub-group leader of Prevendido’s group.

Investigators were also looking into the identity of the owner of the house where Prevendido had stayed for about four months before he was gunned down.

The two-story fenced concrete house is owned by “a certain Espinosa,” according to Tayaba.

Binag said four laptop computers and four mobile phones recovered from the house would be subjected to digital forensic examination to extract information on Prevendido’s operation.