Taiwanese man gets engaged to pregnant girlfriend during her funeral 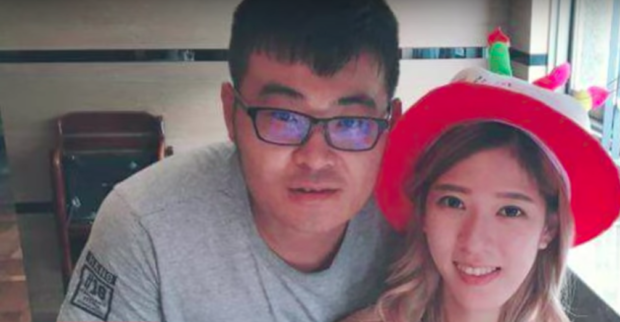 Such was the case for a 30-year-old Taiwanese truck driver named Tsai, who recently proposed to his deceased girlfriend of five years, Ms. Chen, during her own funeral ceremony, reports Taiwan News.

Instead of having the usual gloomy burial hall, Changhua City Funeral & Cemeteries Service in Taiwan made sure that the venue looked like a wedding feast. The funeral service was so moved by Tsai’s gesture that they provided the extra decorations for free.

Clad in a dashing suit and tie, Tsai put an engagement ring on his dead girlfriend’s finger, as he tried to hold back the tears.

“We are engaged,” he proudly proclaimed, which touched the hearts of those who attended. 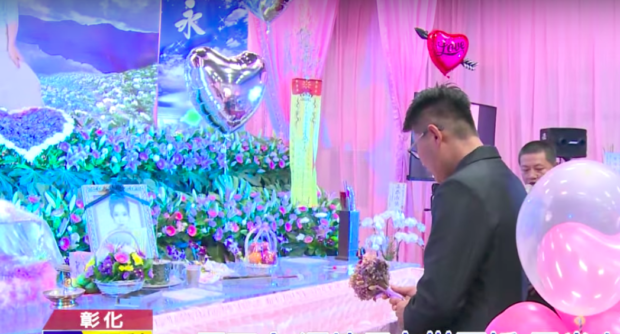 At 23 years old, Chen, who was five months pregnant at the time, was the victim of a gruesome traffic accident last August 26, while riding her scooter from work. The dental clinic nurse died from severe head trauma after being rushed to the hospital, the report said.

The couple had long discussed tying the knot and were planning to get hitched by the end of September.

Speaking to Taiwanese media after his gesture, Tsai recalled the tragic day he lost the love of his life.

“I called her mobile phone but she did not pick up. I went out to search for her but discovered the remains of her scooter,” he shared.

Although he lost the chance to marry her in the conventional way, Tsai is somewhat happy he managed to hold an engagement party in her memory. Khristian Ibarrola/JB

Grieving husband slept next to dead wife for 6 days

Read Next
Missing Baguio teen found dead in creek
EDITORS' PICK
Get exciting deals and discounts when you download the new McDonald’s App
DOH: Second person ‘under investigation’ for 2019-nCoV in Tacloban City
China expands lockdowns to 25M people to halt viral outbreak
5-year-old Chinese boy in Cebu tests negative for novel coronavirus
SM continues to send relief assistance to remote towns in Batangas
‘A greener, cleaner tomorrow’: A how-to guide for Filipinos who want to help with today’s energy crisis
MOST READ
Dina Bonnevie on Coney Reyes: We have forgiven each other
Philippines orders 12 helicopters from Russia—Duterte
Taal Volcano flexes signs of restiveness anew
DOH: Second person ‘under investigation’ for 2019-nCoV in Tacloban City
Don't miss out on the latest news and information.