Palace: Paolo, Mans can face ‘malicious allegations’ vs them 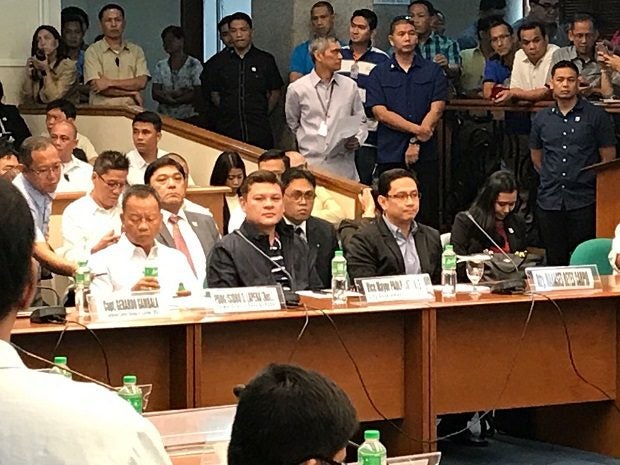 President Rodrigo Duterte will not interfere in the Senate hearing on the P6.4 billion “shabu” shipment at the Bureau of Customs as Davao City Vice Mayor Paolo Duterte and lawyer Manases Carpio face the Blue Ribbon Committee on Thursday.

Presidential Spokesperson Ernesto Abella said the presidential son and Carpio were ready to clear their names in the corruption allegations against them.

“Today’s appearance of Davao City Vice Mayor Paolo Duterte and Atty Manases Carpio before the Senate Blue Ribbon Committee demonstrates that both gentlemen are willing and ready to face malicious allegations intended to impugn their character and credibility,” Presidential Spokesperson Ernesto Abella said in a statement.

The younger Duterte and Carpio, husband of Davao City Mayor Sara Duterte-Carpio, attended the hearing after the Senate committee summoned the two for their alleged involvement in the “Davao Group,” which reportedly has dubious deals with the BOC.

“The President has said in numerous occasions that he would not interfere and he believes that both gentlemen, Vice Mayor Duterte and Atty Carpio, can hold their own at the Senate,” Abella said.

The President earlier told his son to attend the Senate hearing but should invoke his right against self-incrimination.

“So you might as well invoke the right to silence. When a person invokes a constitutional right, you cannot infer anything from them. Perfectly alright, and you cannot force a person [to answer],” he said. CBB