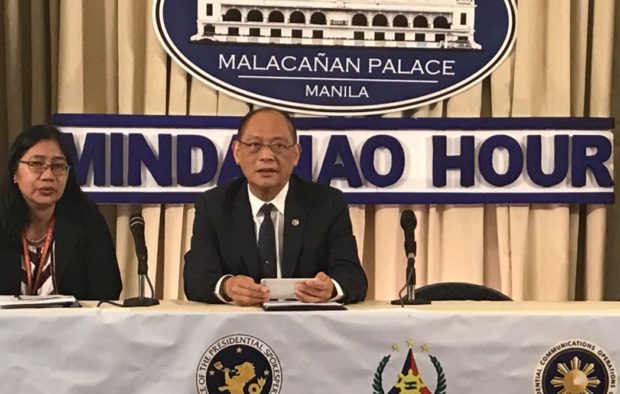 Asked during a press conference how much money were disbursed so far to finance the military offensive against ISIS supporters, Diokno replied “they’re OK,” although troops have “requested for replenishment.”
READ: DND chief: Estimated cost of Marawi war is P3B and counting

“We did not expect there will be fighting in Marawi,” the Budget chief added.

Diokno declined to say how much was requested by the military, but he noted that weapons are expensive. “Mahal ang mga bomba nila (Their bombs are very expensive).”

Diokno said they can source additional funding for the military from the contingency fund under the 2017 national budget.

Diokno said he already received the military’s request, such that he can approve the release of fresh funds in just one or two days. JPV