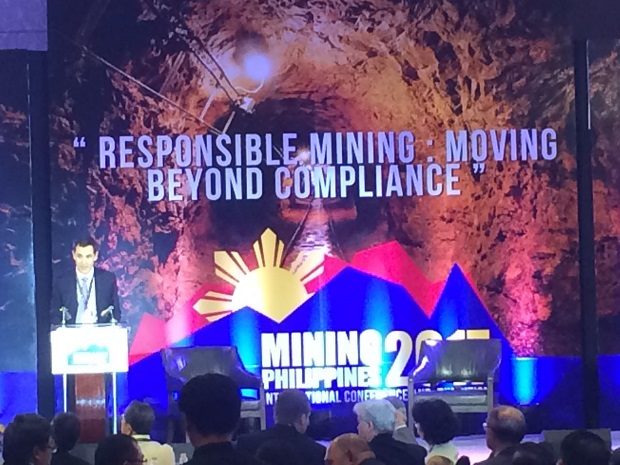 Newly-elected chairman of the Chamber of Mines of the Philippines (COMP) Gerard Brimo invited President Rodrigo Duterte to visit mining sites under their organization after the president said he wanted to stop all open-pit mining operations in the country due to harmful effects to the environment.

On the sidelines of the ongoing ‘Mining Philippines 2017 Conference’ hosted by COMP, Brimo said open-pit mining operations could be rehabilitated, citing some older mines in the country.

Brimo, who’s also the president and CEO of Nickel Asia Corp., said the President could visit the company’s 40-year-old Rio Tuba mine in Palawan where an old mining pit was turned into a forest which now exists side by side an active mine.

The Taganito mine in Surigao del Norte, on the other hand, boasts of improved vegetation after undergoing rehabilitation.

“I know it’s hard to believe, but when you actually see it, you will appreciate what I’m saying. Hopefully, we can invite the President as soon as possible. We are willing to do it whenever he has time,” he further added.

Brimo said COMP would be coming up with a list of rehabilitated mines that the President could visit, along with the mine sites he mentioned.

On Tuesday, Mr. Duterte said he had asked Environment Secretary Roy Cimatu for the “eventual closing of open-pit mining” in the country.

Hours before the event, members of coalition groups Alyansa Tigil Mina (ATM) and Kalikasan People’s Network for the Environment (Kalikasan PNE) conducted a lightning protest outside a hotel in Pasay City where the conference hosted by COMP was being held. 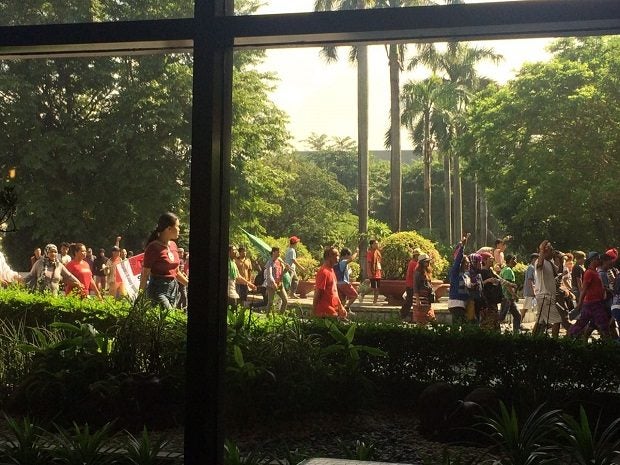 Anti-mining groups troop to a hotel in Pasay City where the Chamber of Mines of the Philippines is holding an international mining conference. PHILIPPINE DAILY INQUIRER / KARL R. OCAMPO

Wearing business attires, some members were able to sneak into the hotel lobby but were immediately escorted out after they started shouting protests. Hotel security was forced to close the entrance and police were prompted to assist them as rallyists tried to barge in.

“Responsible mining is not possible, especially if there is no legal definition of how they will do responsible mining. It is just another slogan for their business as they failed to defend the previous ‘sustainable mining’ slogan.” ATM Advocacy Officer Danny Arias said. CBB