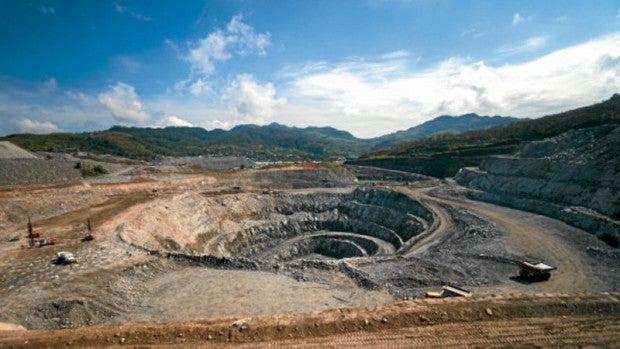 Former Environment Secretary Gina Lopez condemned on Monday a proposal to lift the ban on open-pit mining in the country, which she described as a “social justice issue.”

“I am against open pit mining, government should explain proposed lifting of current ban,” Lopez, a known environmental advocate, said during a press conference in Quezon City.

“If mining allows very rich people to get money at the detriment of farmers, public, it is an issue of social justice and against the Constitution,” she added.

Finance Undersecretary Bayani Agabin earlier said that the Mining Industry Coordinating Council (MICC) asked the Department of Environment and Natural Resources (DENR) to consider the lifting of the ban which Lopez imposed before she was rejected as DENR secretary by the Commission on Appointments (CA).

“The MICC tasked the technical working group (TWG) on economic affairs and on environment to again study whether open-pit mining should be allowed or not. Because right now, there’s a (DENR) order that imposes a ban. We just have to restudy that,” Agabin said in a forum last Friday.

“When you kill the river, you kill everything — the farmlands, the joy, the happiness, and everything the river could have fed,” Lopez said.

The former environment secretary also reminded mining companies that they were only given a privilege with appropriate conditions.

“There are many other ways to use our resources that contribute to social justice. Mining isn’t one of them,” Lopez added.

The Chamber of Mines of the Philippines also had a press conference that coincided with that of Lopez.

Gerard Brimo, a Chamber of Mine’s board member, vowed to work towards sustainable mining.

“We are creating an oversight committee to conduct investigations on mining incidents. We will work towards sustainable mining,” Brimo said.

Lopez said she had not talked with President Rodrigo Duterte regarding the issue.

“I want to meet the President because I know he’s mabait (kind) and he would listen,” she said.

“Tama na (This should stop). We’ve already suffered a lot, so stop doing this. This is why I’m doing this… This is a violation of the Constitutional rights of the Filipino people,” Lopez stressed. CBB