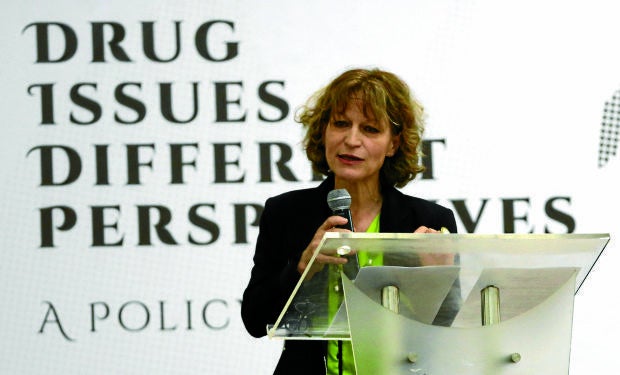 The United Nations special rapporteur on extrajudicial killings, Agnes Callamard, has rebuffed President Duterte’s renewed goading for her to engage him in a public debate if she wants to investigate the killings in his war on drugs.

“An official visit is not a vehicle for entertainment, theatrics or politicking,” Callamard said in a post on Twitter after Mr. Duterte continued on Wednesday to lash out at her for condemning the “murder” of 17-year-old Kian Loyd delos Santos during a police raid in Caloocan City on Aug. 16.

Mr. Duterte mocked Callamard, calling her “a fool” and “crazy,” for refusing to engage him in a debate, one of the conditions set by Malacañang for allowing her to investigate the thousands of killings in the administration’s campaign against narcotics.

The rapporteur reiterated her statement in December to explain why the conditions imposed by the government before allowing her to investigate the killings of drug suspects were “unacceptable.”

She said the conditions, including a debate with Mr. Duterte, violated the code of conduct and working methods laid down by the Human Rights Council for special rapporteurs.

Callamard said that in interviewing people, she had to guarantee confidentiality, respect and nonretaliation.

“These standards cannot be upheld when publicly debating these sensitive matters,” she said.