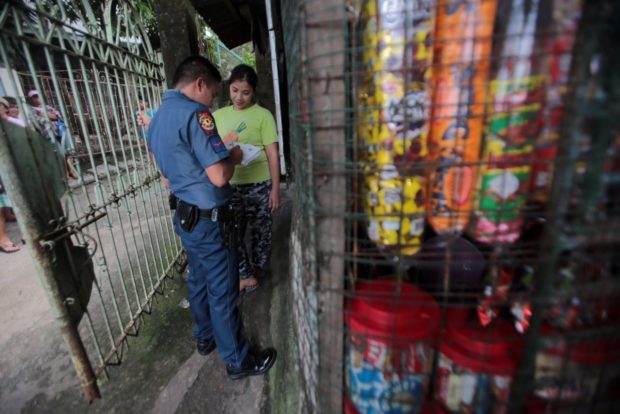 The Quezon City police chief has welcomed the petition for a temporary restraining order (TRO) filed by residents of two barangays where lawmen have been conducting house-to-house drug testing and surveys.

Chief Supt. Guillermo Eleazar told the Inquirer that the drug tests were voluntary and people could refuse.

“It would become unconstitutional if it was mandatory but it’s not,” he said.

Over 30 residents from Barangays Payatas and South Triangle filed on Wednesday a petition for a TRO, prohibition and preliminary injunction in the Quezon City Regional Trial Court.

They asked the court to stop the house-to-house visits being done by policemen who conduct on-the-spot drug tests.

Included in the 18-page petition was a survey form reportedly being distributed by policemen in Barangay Payatas.

It asked homeowners to list down family members and indicate who among them were involved in illegal drugs either as users or pushers. But Eleazar said this was the initiative of barangay officials to get to know their residents better.