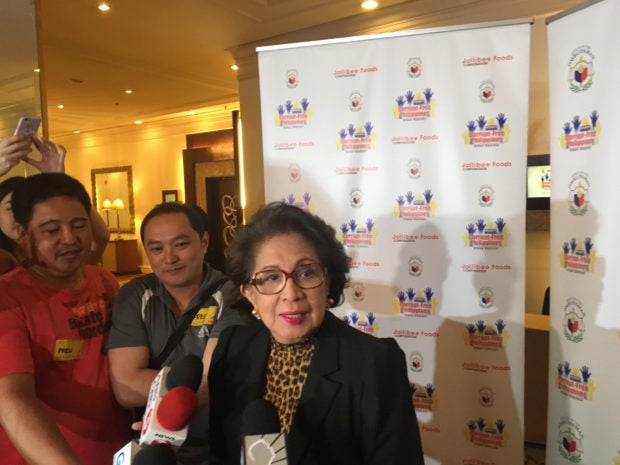 The preliminary investigation into Edgar Matobato’s complaint regarding the Davao Death Squad (DDS) killings has been set, Ombudsman Conchita Carpio-Morales confirmed on Thursday.

“Now i will confirm that it came to my knowledge that preliminary investigation has [been] set,” Morales told reporters in an interview during the 2017 Ramon Magsaysay Awards at the Cultural Center of the Philippines in Pasay City.

In December last year, Matobato, a self-confessed former DDS hitman, filed criminal and administrative complaints against President Rodrigo Duterte and 27 others for murder, kidnapping, torture, and crimes against humanity, in relation to the killings allegedly perpetrated by the death squad.

A well-placed source at the Office of the Ombudsman told INQUIRER.net that Duterte has been dropped as among the accused during the preliminary investigation.

The Ombudsman has inhibited in the case because of her relation to Duterte. Morales is the aunt of Atty. Mans Carpio, the husband of presidential daughter Inday Sara Duterte. With a report from Marc Jayson Cayabyab / JPV