‘Red Flags’ aim to check discrimination in the workplace 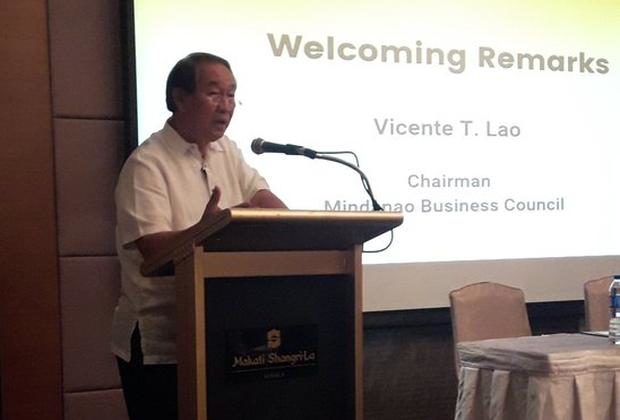 Vicente Lao, chairman of the Mindanao Business Council, says members of a minority group, such as Muslims or indigenous peoples, may resort to joining groups fighting the government just to earn a living. (Photo by YARA LUKMAN / Philippine Daily Inquirer)

How can the Philippines get rid of terrorism without doing military operations?

By spreading guidelines on achieving an inclusive and diverse workplace, as International Alert country manager Francisco Lara Jr. would say.

These guidelines – called “Red Flags on Equality and Diversity in the Workplace” – were launched on Tuesday at the Makati Shangri-la Hotel.

They aim to check discrimination in the workplace, particularly against Muslims and indigenous people.

It’s a joint project of peace-building organization International Alert Philippines and the Mindanao Business Council (MinBC), with the support of the Australian and Dutch embassies in Manila.

The seven red flags to be avoided in order achieve an inclusive workplace are:

In his speech, MinBC Chair Vicente Lao said that because of discrimination, Muslims or IPs and other members of a minority may resort to joining groups fighting the government just to earn a living.

“Muslims who migrate to other places [far from their war-torn home] may find it difficult to find jobs,” Lao added. “But they should still be included in the real workforce because of their skills.”

Lao urged companies to embrace cultural diversity and also stressed that the government should be pressured to provide a long-term solution for the Bangsamoro region so young people would not have to leave their homeland.

“Inclusivity is not only the right thing but also the wise thing to do for businesses,” Embassy of Netherlands chargé d’affaires Jaco Beerends said. “We do not want the younger generation to resort to extremism.”

The role of the private sector becomes more important.

International Alert Philippines deputy manager Nikki de la Rosa said “Red Flags” is a conversation piece in companies. They represent a first step for now as there are plans to further discuss them with companies across the country.

The first edition of “Red Flags” was developed in 2011 as a result of talks with business companies in Mindanao, women, and IPs to find recommendations to have a more appropriate workplace and sustainable careers for minorities.

One way for companies to be inclusive is to also provide facilities such as prayer rooms for Muslims in their offices. Management should not ban Muslim women from wearing of hijabs or veils.

In a statement read at the forum, Labor Undersecretary Dominador Say said that young people’s grievances should beheard.

Youth leaders from Mindanao and the representatives of government and private sector signed the “Red Flags” statement of commitment.

Abdul-Ajidz Abdurahman, a youth leader from Basilan, said he was grateful that “Red Flags” was launched.

“If we really want change for our fellow Muslims, we have to equip ourselves with knowledge and discipline,” Abdurahman said.

“Young people should not be the sources of conflict. We should be the hope and strength of Marawi. Eid Mubarak (blessed Eid al-Adha) in advance to my fellow Muslims.” he said. /atm 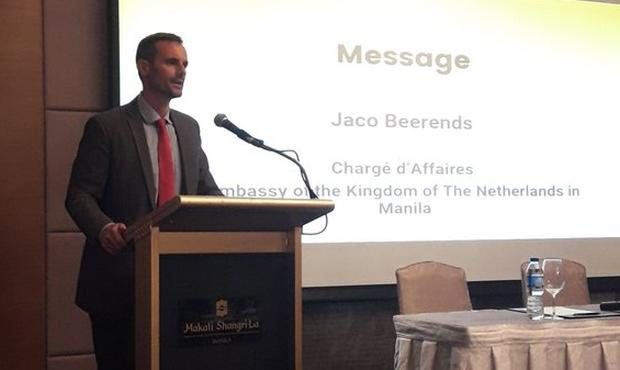 “Inclusivity is not only the right thing but also the wise thing to do for businesses,” says Jaco Beerends, chargé d’affaires of the Embassy of Netherlands. “We do not want the younger generation to resort to extremism.” (Photo by YARA LUKMAN / Philippine Daily Inquirer)