‘Imelda Marcos once wanted to return 7,000 tons of gold’ 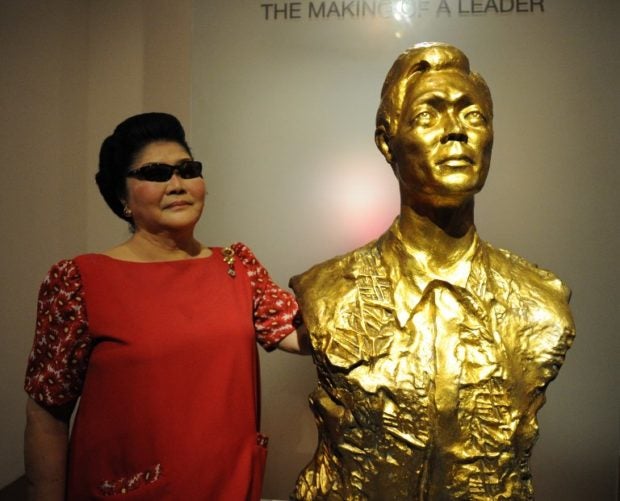 Atienza said the “Iron Butterfly,” known for her extravagant lifestyle and collection of shoes when she was First Lady during the two-decade Marcos regime, once told him she wanted to return as much as 7,000 tons of it.

When they were both sponsors in a wedding sometime in the 2000s when he was mayor, Atienza said Marcos confided in him that she was willing to return 7,000 tons of gold deposited in different parts of the world so that the country could pay off its foreign debt, which ballooned during the two-decade dictatorship.

“Narinig ko (I heard) directly from Congresswoman Imelda Marcos when I was a mayor. Sabi niya, gusto ko ibalik ‘yung gold dito at ibigay sa gobyerno ‘yan. Para mabawi ang utang ng bansa natin (She said that she wants to return the gold to the government here so that the country will be free from its debts),” Atienza said in a press briefing at the House of Representatives.

“Sabi ko (I told her), ‘why don’t you do it?’ Sabi niya, humahadlang ang isang superpower (She said a superpower was interfering),” Atienza added.

He did not name the superpower allegedly blocking the release of the Marcos gold.

Atienza revealed this conversation with the Iron Butterfly following President Rodrigo Duterte’s statement that the Marcos family is willing to return the Marcos wealth and gold.

In his speech on Tuesday, Duterte said the Marcos family gave the reason that the wealth appeared to be hidden because the patriarch and dictator was “protecting the economy.”

“The Marcoses, I will not name the spokesman, sabi nila (they said), ‘we’ll open everything and hopefully return yung mga nakita na talaga (those that had been discovered),’” Duterte said.

Atienza expressed hope the President would succeed in retrieving the alleged wealth which according to a Supreme Court decision amounted to $10 billion.

“I hope President Duterte succeeds in mediating, in getting part of the Marcos gold and wealth,” Atienza said.

The country would definitely benefit from the 7,000 tons of Marcos gold, if Imelda’s story were to be believed, the congressman said.

(I hope we successfully get Mrs. Marcos’ offer of 7,000 tons of gold and that the country benefits from this wealth, no matter where it came from.)

He said there is no need to go after the Marcoses and prosecute them as long as they return the alleged ill-gotten wealth.