Alvarez to Marcoses: Return all wealth 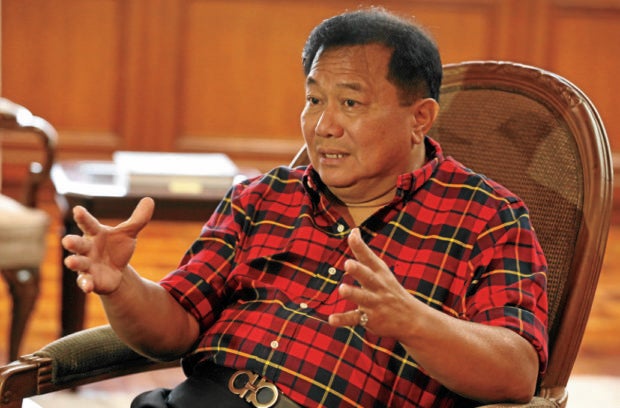 Speaker Pantaleon Alvarez on Wednesday expressed hope that the Marcos family would return the entire, and not just a portion, alleged ill-gotten wealth.

Alvarez made the statement in a press conference after President Rodrigo Duterte said the family of the late dictator Ferdinand Marcos would be willing to return some wealth accumulated during the strongman’s two-decade rule.

Alvarez then scored the Presidential Commission on Good Government (PCGG), which he wanted abolished, for its alleged failure to go after the Marcos wealth.

Alvarez earlier proposed dissolving the commission and the Office of the Government Corporate Counsel, and putting these under the Office of the Solicitor General, headed by a known Marcos supporter Jose Calida.

READ: Despite support for Marcoses, Calida says he can go after hidden wealth

In his speech on Tuesday, Duterte said “The Marcoses, I will not name the spokesman, sabi nila (they said), ‘We’ll open everything and hopefully return yung mga nakita na talaga (those that had been discovered).’”